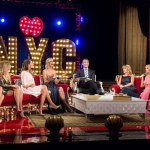 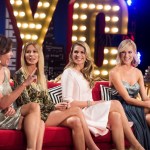 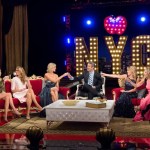 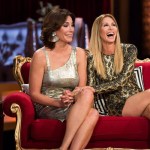 It seems like every day, another housewife is on the chopping block, and the latest contender is LuAnn de Lesseps of ‘RHONY’! Adding fuel to the fire, rumors are swirling that she’ll continue to appear on the show without a paycheck! So what’s the deal? Click to find out!

LuAnn de Lesseps does not seem like the type of lady to work for free. She also doesn’t seem like a lady who’d be fired from the Real Housewives of New York City! HollywoodLife.com has cleared up all the rumors — read on to see if LuAnn is over the Manhattan clique.

As if there’s not already enough drama on RHONY, LuAnn is now dealing with rumors that she’s on the chopping block!

A shocking new report suggests that not only is LuAnn dunzo, but she would work for free.

“Countess Luann DeLesseps is not getting paid this season, RadarOnline reports, adding the new cast member Kristen Taekman also might be cut. “[LuAnn] had to suck it up because they wanted her back, but didn’t want pay her. She just wasn’t bringing it. This year she got fearful so she threw Sonja under the bus.”

We weren’t so sure if we were buying this claim (really, don’t the housewives always throw each other under the bus?) so we reached out to get the truth.

“The only thing LuAnn does for free is her charity work,” a rep for the housewife EXCLUSIVELY tells HollywoodLife.com.

‘RHONY’: LuAnn Fired From The Housewives?

Regardless of the paycheck, is she being fired from the series?

“Every year they talk about the same potential of firings, LuAnn’s rep says. “LuAnn had a great season and she is looking forward to returning, but she is also very busy with her new business ventures including her Countess LuAnn Dress Collection and she is set to follow up with jewelry and home. So whatever the future holds will be positive.”

A source close to Bravo tells HollywoodLife.com EXCLUSIVELY, “No casting decisions are made until after the season and even after the reunion. These rumors are unfounded.”

HollywoodLifers, do you think that LuAnn will really be fired? Would you miss her from the show? Let us know!