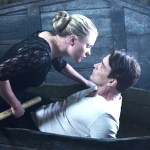 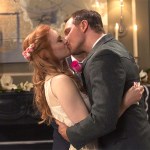 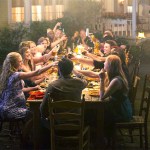 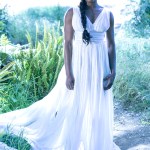 ‘True Blood’ premiered on June 22 with a pretty shocking and abrupt death, and Bailey Noble, who plays Adilyn Bellefleur, revealed to HollywoodLife.com in an EXCLUSIVE interview that it proves that ‘nobody is safe.’ On a show like ‘True Blood,’ we believe it. Read on for more!

True Blood premiered its seventh and final season on June 22, saying goodbye to a character that has a long history with the show and a deep connection to some of its central characters. In an exclusive interview, Bailey Noble, who plays Adilyn Bellefleur, revealed to HollywoodLife.com that it proved that “nobody is safe,” as well as gave some insight into her character, who, by the way, was initially written as a lesbian! The more you know! (SPOILERS are below for those who haven’t yet seen the season premiere!)

Bailey Noble On Tara’s Death On ‘True Blood’: ‘It Really Shows That Nobody Is Safe’

The death of Tara (Rutina Wesley) was so abrupt that, as a viewer, it was difficult to process. Indeed, it may have been the case for the cast, as well — even for a relative newcomer like Bailey.

HollywoodLife.com: There’s a pretty shocking death in the premiere — did everybody on set know before Tara died that that would happen?

Bailey Noble: “No; I had no idea until I read the first script!”

Was it shocking for everybody?

“Yeah, of course! She’s a major, major character in the show and she’s been on since the beginning! I was shocked, and it really shows that nobody is safe.”

Lettie Mae [Adina Portner] blamed Sookie [Anna Paquin] for Tara’s death. Do you think it’s fair for the townspeople of Bon Temps to be blaming Sookie like that? Do you think there’s any blame that rests on her shoulders for some arguably bad decisions, or is it just circumstance?

“As Adilyn, I wouldn’t blame her. I think that it’s just bad luck.”

Bailey Noble: Adilyn Will ‘Always Be On Edge Around Jessica,’ But The ‘True Blood Premiere ‘Sets A Nice Tone For [Their] Relationship’

Last season, Jessica offered her protection to the Bellefleurs as repentance for killing Adilyn’s sisters, and in the premiere, we see Adilyn kind of forgive her almost immediately. Is this naiveté? Is it loneliness? What’s her thought process?

“There’s not many girls my age in the town that she can be friends with, and after losing her sisters, she wants somebody to confide in, somebody to be friends with, and also I think that Adilyn is just really forgiving. I think that she understands what it’s like to lose somebody, so when she sees that Jessica has just lost Tara, she can relate to that, and she feels sorry for her.”

Is Jessica and Adilyn’s relationship going to develop further? Is it difficult for Adilyn that Jessica killed her siblings? Because she doesn’t seem too bothered by it at the beginning of this season.

“I think she’ll always be on edge around Jessica, definitely, but the first episode kind of sets a nice tone for our relationship.”

Do we see a more mature Adilyn this season?

“Yeah, definitely! I still think that she gets into things that maybe she shouldn’t, that if she knew better, she would stay away from, but she’s still very curious. She likes to get right in there.”

Bailey Noble: Adilyn Was First Written As A Lesbian

What does Adilyn’s love life look like this season? Does Wade come back into the picture?

“She definitely has a big crush on him! […] She definitely likes him a lot, but she doesn’t remember hooking up with her, so, I don’t know how that’s gonna go!”

Will there be anybody new? Or is Wade the only person in her sights? Because, to be honest, it looked like Adilyn and Jessica had a lot of chemistry!

Bailey Noble: The Final Table Read Was ‘Sad,’ But ‘A Fun Celebration’

We’ve seen that whenever Sookie uses her powers, the people of Bon Temps are not too thrilled with her, and Adilyn does not always do well at hiding her own powers. Is that going to become a problem for her?

“I think it’s useful, in ways — she gets into situations where it will definitely be useful, and being able to read people’s minds is a huge thing. She knows things before anybody else does, so she’s one step ahead of the game.”

Why do people in Bon Temps even need to be told not to leave their house at night? Why would they even have a vampire/human social? Does everybody in that town just want to die?

[Laughs] “I guess there must be something in the water, and [Adilyn] is just really curious about life, so, I think we’re all still hopeful that we can have a normal life besides all the craziness. If we had to stay in all the time, that wouldn’t be any fun!”

How was the final table read? What was that like?

“It was sad! It was a fun celebration, having everybody there, but it was also really sad. I wasn’t anticipating the end coming so fast. There were a lot of emotions.”

So, HollywoodLifers, are you looking forward to seeing more of Adilyn this season? Do you enjoy her friendship with Jessica? Is it borne of naïvete, forgiveness, or loneliness? Were you as shocked by Tara’s death as Bailey and the cast were? Do you think that Sookie deserves any blame for Tara’s death? Finally, if nobody is safe, who is next on the chopping block? So many questions! Let us know your thoughts!