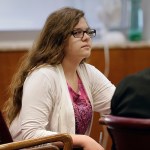 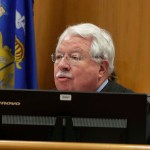 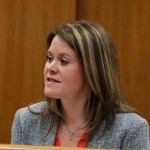 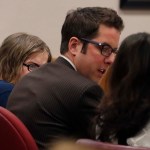 The man who originally created Slender Man has finally opened up about the horrific stabbing of a 12-year-old girl in Wisconsin. The two alleged stabbers, also 12, claim they attempted to kill the girl for the fictional character.

Eric Knudsen is the photoshop artist behind Slender Man. In 2009, he created a series of creepy photographs depicting the fictional character preying on groups of children as part of an online photoshop contest. Now, Eric is expressing his condolences after two 12-year-old girls attempted to kill their friend, also 12, by stabbing her 19 times as a sacrifice to the internet meme he created.

For the first time since a 12-year-old girl was nearly stabbed to death on Saturday, May 31 in Waukesha, Wisconsin, the Slender Man creator is speaking out.

“I am deeply saddened by the tragedy in Wisconsin and my heart goes out to the families of those affected by this terrible act,” Eric told Radar Online through his spokesperson, Sue Procko.

The two alleged stabbers, Morgan Geyser and Anissa Weier, also 12 years old, were arrested shortly after their friend survived being stabbed 19 times. During an in-depth interview with detectives, both girls admitted to stabbing their friend, and explained that they planned the attack as a “sacrifice” to Slender Man.

The official criminal complaint filed by the state of Wisconsin on Monday, June 2, described the girls’ obsession with the ghoulish fictional character as a “fascination.”

Eric Created Slender Man As Part Of A Photoshop Contest

Slender Man is best known now as an internet meme and the subject of many different short horror stories on Creepypasta, however his origin is actually quite interesting.

In 2009, Eric created Slender Man by adding the thing, creepy figure to the background of two photographs as part of a photoshop contest on Something Awful.

The images went viral shortly after being shared online, which sparked the Slender Man fandom. Plenty of copycats created their own versions, and others began writing fan fiction about him.

It’s clear that Eric never imagined his creation would spark such a horrifically violent act, especially from two little girls.