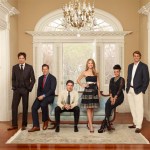 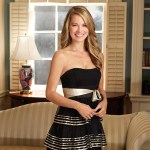 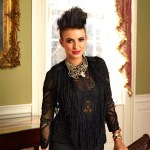 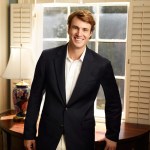 The cast of ‘Southern Charm’ sure knows how to go out with a bang! Thomas Ravenel and Kathryn Dennis just announced that they are happily together with a newborn baby, and now, Cameran Eubanks surprised her fans with a wedding — and none of this was documented on the show!

The first season of Southern Charm brought on romances, fights, hook ups and partying, but who knew that the headlines would keep coming after the finale? Cast member Cameran Eubanks secretly wed, and her husband wasn’t even on the show! Keep reading for details on Cameran’s big day!

We were surprised when Southern Charm‘s on-and-off-again couple Thomas and Kathryn came forward with the exciting news that not only were they happily together after the season wrapped, but they welcomed a baby girl! It looks like the new couple aren’t the only ones who are lucky in love — Cameran got married, days before the final episode!

Cameran, 30, who was formerly on The Real World, starred in the main cast of Bravo’s new series, but she never introduced her now-hubby, Dr. Jason Wimberly, to the Charleston crew.

Jason, an anesthesiologist in Charleston, South Carolina, is Cameran’s longtime boyfriend and best friend. Cameran’s exciting news is shocking to viewers because she was never spotted wearing a ring on camera, and there was never any mention of her beau during the series!

The blonde beauty posted a photo of the gorgeous wedding on her Twitter, tweeting “I married my best friend last weekend!” The TwitPic shows the happy couple walking down the aisle at their outdoor nuptials, which occurred on April 12. Their big day was absolutely beautiful with bright purple flowers and glass lights hanging from a large oak tree, adding a magical vibe to the event that was held on a plantation near Charleston, according to Reality Tea. The site also reports that guests feasted on fried chicken.

Cameran, who wore a simple ivory dress, also posted photos of her bridesmaids in periwinkle dresses.

On Watch What Happens Live, Cameran did tell Andy Cohen that she was engaged. Maybe the Bravo cameras were at her big day for a future wedding special!

Congrats to Cameran and Jason!

HollywoodLifers, are you surprised by Cameran’s wedding? Let us know!