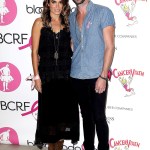 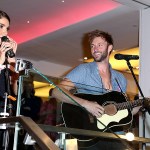 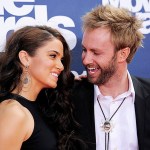 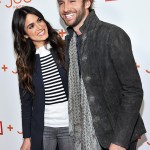 It has been announced that Nikki Reed and Paul McDonald have suddenly separated from their just-as-sudden whirlwind marriage, and HollywoodLife.com can tell you why!

Twilight star Nikki Reed, 25, and her American Idol Season 10 finalist husband Paul McDonald, 29, have decided to separate after two years of marriage. The two met in March 2011 and married later that year in October. It was pretty sudden — as was their decision to separate, and HollywoodLife.com has all the EXCLUSIVE details behind their split! Read on to find out what went wrong.

Nikki Reed & Paul McDonald: The Reason Why They Decided To Separate

Sadly, the reason for their split is what you might expect. “It came down to the normal marriage failures of money and career. He wasn’t making money and she wasn’t flourishing with her career after Twilight,” our HollywoodLife.com source revealed exclusively.

Nikki and Paul “ended up having to deal with that while being together at all times. They never did things for love anymore, it became a job for them to be together because it became all about work,” our source continued.

Nikki Reed & Paul McDonald ‘Definitely Took Each Other For Granted’

That’s so sad! It must have been incredibly stressful for them both. Don’t forget that Nikki once told HollywoodLife.com shortly before their nuptials that every time they had dinner together, it felt like a date, and that he was a huge romantic.

Our source who revealed the reasons behind their split also told us that Nikki and Paul “definitely took each other for granted and never fixed it while it was happening and that led to where they are now, separated.”

What do you think, HollywoodLifers? Were you surprised by Nikki and Paul’s split? What about the reasons behind their decision to separate? Vote and comment below.