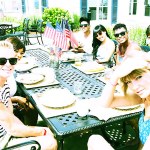 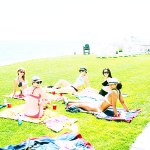 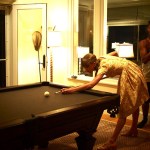 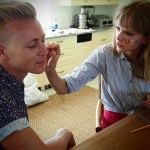 Another one bites the dust? A new report claims that Taylor’s relationship with Evan Spiegel was actually moving along pretty well, until her enduring quest for love ultimately smothered him. So do YOU think there’s a Snapchat-related song in the works right now?

Taylor Swift reportedly continues to have a hard time figuring out relationships. After cozying up to the CEO of Snapchat, Evan Spiegel, at the beginning of 2014, a new report claims that she fell too hard too fast, and pushed him away just like all the others — Harry Styles, Jake Gyllenhaal, Conor Kennedy, and more.

Taylor Swift Ruined Yet Another Romance?

Taylor and Evan reportedly met at a holiday party in early Dec. 2013, according to OK!. “Taylor thought Evan was the right one after she met him,” a source says. Evan’s business success — Snapchat is currently valued at $4 billion — and low profile really appealed to Taylor, as she knew that he could support himself, and that dating him would be more laid back than her previous relationships.

The two reportedly hung out frequently after their first meeting — though usually in private at their homes in L.A. — but after they were allegedly busted kissing on New Year’s Eve, things changed as Taylor began to fall hard and suffocate Evan with the romance.

“Taylor is a serial dater,” a second source tells OK!. “She wants to find love so badly that she dates any well-off guy who gives her attention. The problem is, she becomes so smothering that she scares the guys away!” Evan reportedly still prioritized his work at Snapchat, and that became an issue for T-Swift.

“In the end, Taylor just couldn’t deal with the fact that she wasn’t a priority in his life,” the same source asserts. “Evan is a confident, successful businessman who wasn’t about to put up with Taylor’s neediness.” And so, like so many others, Evan reportedly told Taylor that he needed space. Now it seems the only thing left for Taylor to do is record a song called, “I’m Dumping You Via Snapchat.”

Taylor Swift & Evan Spiegel: Did They Even Hook Up?

Then again, the reason that the relationship didn’t pan out may be because it didn’t even exist in the first place.

When the first report of Taylor and Evan kissing on New Year’s Eve came out, the Red singer’s rep told HollywoodLife.com, “There is no truth to this whatsoever. These stories are completely inaccurate.”

So what do you believe, HollywoodLifers? Did Taylor push away yet another man, or were she and Evan never really together to begin with? Let us know!