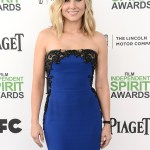 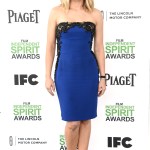 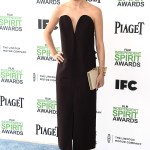 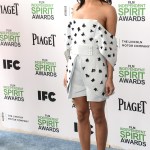 Shailene Woodley doesn’t draw a line at gender when it comes to falling in love — for the ‘Divergent’ star, it’s all about the person!

Shailene Woodley has eloquently explained that for her, love is not about gender, but about who the person is on the inside. Meaning, she could see herself falling in love with a man or a woman. Does this mean she’s openly bisexual? Boys and girls, we might both have a chance!

Shailene Woodley Bisexual — Says She Could Love A Woman

In a recent interview with The Hollywood Reporter, the Divergent star spilled her soul on the subject of our favorite four-letter-word.

“I fall in love with human beings based on who they are,” she says. “Not based on what they do or what sex they are.”

This is such a beautiful way of expressing that love is love no matter who with, and what powerful words coming from a 22-year-old so heavily in the spotlight at the moment. Not only is she showing us that love is deeper than class, social status and gender, but she is also bravely making it clear that she is going to be who she is, no mater what people may think of her.

Shailene’s upcoming film, Divergent, takes place in a world where people must fit into a box in order to be accepted by society and the government. In the film, young adults take a personality test which sorts them into one of five categories — Abnegation, Amity, Candor, Dauntless, or Erudite — and not fitting into a category, also called being “divergent,” is basically a death sentence.

As you would probably expect, Shailene’s character, Tris, doesn’t match any one category. She is her own person, “divergent” and the story goes on from there.

Shailene’s recent interview has proven that she, like the heroine she portrays, cannot be fit into a perfect box. She is not a category. She refuses to live in a strictly black and white world. She is her own unique person and she is proud of it.

Brava, Shailene! What a great lesson for all of us.

Are you inspired by Shailene’s honesty and willingness to stand up for who she is? Let us know!