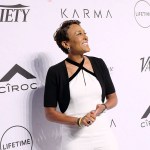 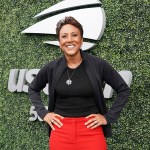 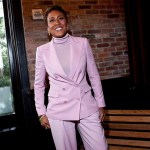 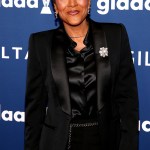 Robin Roberts publicly came out on Dec. 29 when she announced that she had a longtime girlfriend, Amber Laign. We’re sure you want to know more about Amber, so Hollywoodlife.com has done all the digging to bring you the scoop on Robin’s lucky lady!

We spend our mornings with Good Morning America host Robin Roberts, 53, so of course we’re eager to get to know her lovely girlfriend of 10 years, Amber Laign! We’ve rounded up the top five most interesting facts about Amber, who has stood by Robin through her battles with breast cancer and myelodysplastic syndrome.

Robin, 53, has had one heck of a year. After battling cancer and sharing her journey with the whole world, we know she is one of the bravest women out there. But behind this great woman is another great woman! Here are five things to know about Amber, 39:

1. Amber, who hails from the San Francisco Bay Area, is a massage therapist who has her own private practice and specializes in helping heal people with injuries, TMZ reports. She is a graduate of the Swedish Institute of Health Sciences, according to her LinkedIn profile.

2. It was love at first sight for Robin and Amber! The couple met 10 years ago through mutual friends and they’ve been dating ever since, according to the Daily News.

3. We may not have always known about Amber, but she’s been right there with Robin to celebrate many of her successes through the years. When Robin won the ESPN’s Arthur Ashe Award For Courage in July, Amber was snapped sitting with Robin and her sister Sally Ann.

4. Robin and Amber have always been open about their relationship with friends, family and co-workers, according to TMZ.

5. Amber has a background in fashion! She was a sales representative for Berger and Stevens, a New York fashion showroom, until 2010.

So what do YOU think, HollywoodLifers? Do Robin and Amber make a cute couple? Let us know!