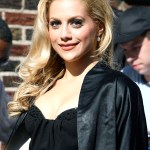 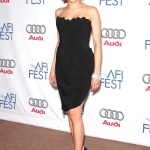 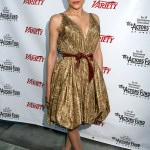 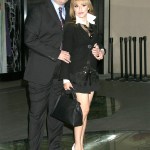 The results are in from a second testing of Brittany Murphy’s hair samples and they too show that she had “abnormally high levels” of heavy metals, including Barium and Sulfur in her system.

Brittany Murphy died from pneumonia on Dec. 20, 2009 at the young age of 32, but her father didn’t believed that to be true. In November, Angelo Bertolotti received test results from The Carlson Company stating that his daughter had a large amount of metals in her system, leading him to believe she had been poisoned. On Dec. 18, two days before the four-year anniversary of her death, he received a second set of test results from another lab — stating the same thing.

The new test was conducted by Exova, which is defined as “one of the leading providers of testing, calibration and advisory services.”

The documents, shared with Examiner.com, show that her father Angelo had submitted hair samples to run the second test to “re-confirm” that she was poisoned.”

“These new lab results re-confirm what we already knew. I never doubted the previous test results, but decided to get a second opinion,” her father told the site. “The original lab was unfairly slandered by Bruce Goldberger (friend of Assistant Chief Coroner Ed Winter), who called it a ‘kind of a fly-by-night laboratory.’ It was unethical for Goldberger to offer his incorrect opinions to media outlets, given his conflict of interest. In 2009, he was opining that Brittany died of a drug overdose, just like Heath Ledger. Goldberger was wrong then and he’s certainly wrong now. I’m not impressed with his obsessive efforts to squash any inquiry into my daughter’s untimely demise.”

Brittany Murphy’s Father: Now ‘I Have No Doubt’ That She Was Posioned

However, Brittany’s father is not saying that those first test results were inaccurate — he’s defending them.

“First of all, the lab that initially conducted the testing is very reputable and accredited. Secondly, the lab that performed another round of tests is recognized and accredited worldwide,” he said. “They’ve confirmed and even expanded the list of toxic heavy metals found in Brittany’s hair. I have no doubt that my daughter was poisoned.”

The case is far from over for Angelo, who is determined to get to the bottom of the mystery.

“Brittany’s hair being tested is another important step in a long journey to determine my daughter’s true cause of death. I want the Coroner’s Office to do their job. Brittany deserves a full, complete autopsy and so does her husband, Simon Monjack, who died five months after Brittany. He had the same exact symptoms and yet nothing was done to investigate his untimely demise. “

HollywoodLifers, do you think she was poisoned?