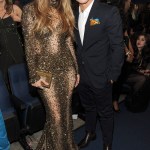 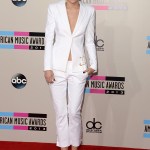 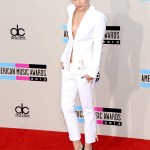 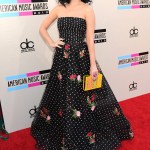 With their reunion tour stirring up major buzz, 2014 will definitely be the year of TLC! But will a Left Eye hologram be part of the equation?

After Tupac‘s infamous hologram appearance at Coachella in 2012, the music world was opened up to the possibility of deceased artists quasi-performing at concerts. With TLC back on stage and planning its 2014 reunion tour, there was talk of Lisa “Left Eye” Lopes following Tupac’s lead and joining her old crew via hologram. HollywoodLife.com spoke with the ladies EXCLUSIVELY to get the real scoop on this rumor.

Will Left Eye Make An Appearance In TLC’s Reunion Tour?

Talk of Left Eye reuniting holographically with her R&B sisters, Rozonda “Chili” Thomas and Tionne “T-Boz” Watkins started when TMZ reported the story on April 25 2012, claiming that for the “big surprise…the group plans to pull a Tupac — incorporating their deceased former member Left Eye in the shows, projecting her image on a big screen and working her vocals into the live performances.” However, HollywoodLife.com learned EXCLUSIVELY from Chili and T-Boz themselves that this is definitely not happening!

T-Boz clarified the issue Nov. 24 at the 2013 American Music Awards, telling us, “That’s always been a rumor. It’s definitely something that we thought about many, many years ago. Actually TMZ started that rumor. See, they don’t always get the truth.”

Well, I’m sure TLC fans will be happy to have that confusion officially cleared up! As for why the ladies would rather go at it alone:

“To be totally honest, we can’t deal with that, with [Left Eye] standing there,” Chili said. “That’s just way too much right now.”

Even without Left Eye, who died tragically in a car accident in Honduras on April 25, 2002, Chili and T-Boz showed the world they’ve still got it, with their performance at the American Music Awards on Nov. 24.

Joined by Lil Mama, the hip hop queens performed their classic, “Waterfalls” and killed it. Keep it up, ladies! We can’t wait for more!

So Hollywood Lifers, are you excited for TLC’s tour? Let us know!