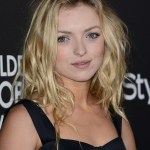 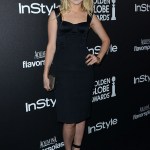 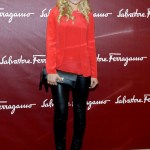 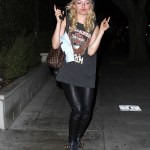 Francesca, Clint Eastwood’s daughter, got married to Jonah’s brother, Jordan Feldstein, on Nov. 17 — and reportedly already wants their marriage annulled! Can you believe this, HollywoodLifers?

Francesca Eastwood, 20, is a beautiful actress and model from one of Hollywood’s most royal families — so it comes as a shock that she reportedly had a Las Vegas wedding that she wants annulled a week later! Read on for more details — including the shocking place Francesca and Jordan Feldstein, 35, reportedly wed!

Francesca and Jordan, music manager to Adam Levine and Robin Thicke and Jonah Hill‘s older brother (Jonah’s real last name is Feldstein), got married on Nov. 17 in Las Vegas — but reportedly want an annulment of their marriage, just one week later!

The two regret getting married, according to TMZ. They reportedly tied the knot at the Simple Wedding Chapel, where Elvis impersonators are witnesses to couples getting married.

Francesca was photographed by TMZ on Nov. 18 without a wedding ring, leading them to believe she regretted what she did — and claims she wasn’t drunk when she said “I do!”

Francesca was filmed leaving Mastro’s Steakhouse with friends (and without Jordan) on Nov. 23, and the beautiful blonde was asked by TMZ about her marriage annulment plans. A photographer asked if the wedding was a “drunken mistake.”

Francesca replied, “I don’t drink, ever,” and clearly felt awkward about the situation.

Are YOU shocked that Francesca wants her marriage to Jordan annulled, HollywoodLifers?