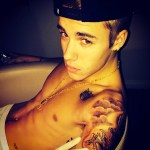 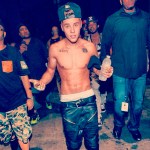 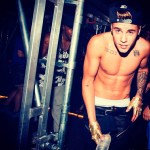 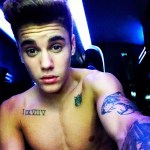 Justin’s wild brothel night appears to be even more crazy than we thought! Justin and his nine-person entourage checked out 45 potential dates from Centaurus, Rio de Janeiro’s most popular brothel, according to a new report!

Justin Bieber not only hung out at a famous brothel on Nov. 1, but he also reportedly was kicked out of his hotel after destroying the room and trying to bring back “two of the area’s most well-known prostitutes.”

When Justin, 19, went into and left Centaurus, he did his best to hide his face. Inside, he and his entourage had a plan, Us magazine reported, to pick out eight women to bring back to their penthouse at the Copacabana Palace. However, each woman charged $1,200 a night, so they reportedly settled on just two.

According to the report, Justin kept his sunglasses on inside, where he “looked uncomfortable” and glared over the top of his sunglasses at 45 potential women, before looking away. They chose two and left.

We know the cameras caught him and his crew heading out — since he forgot to hide his tatted up arm — and they also caught the two women heading to the hotel shortly after.

Upon returning to the hotel, the girls were barred from entering as they were “two of the area’s most well-known prostitutes,” according to Us‘ source. The hotel has “a no-tolerance attitude toward escorts,” even though prostitution is legal in Brazil.

Justin and his crew tried moving hotels after that, but were rejected by both Hotel Fasano and Santa Teresa. Then, after destroying art work and a refrigerator door, they were asked to leave Copacabana!

However, another source told the mag that the Biebs came back to his room alone before heading to a private villa shortly after because of “heavy fan presence.”

HollywoodLifers — are you shocked by Justin’s crazy behavior? Or is he just being a normal 19-year-old boy? Let us know what you think!