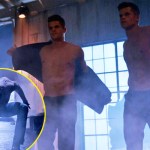 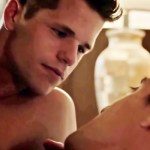 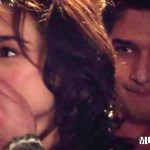 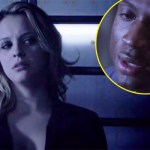 Plus, the fan-favorite actress tells HollywoodLife.com why she finally joined Twitter, and how that experience has been so far.

We’ve seen Bianca Lawson in a slew of memorable roles throughout her career — from Kendra, the sassy slayer we all loved on Buffy, to Ms. Morrell, the guidance counselor we all fear on Teen Wolf — but now she’s taking on a totally unfamiliar role: Twitter user! Bianca talks to HollywoodLife.com about her first 140-character encounter, as well as what we can expect from Teen Wolf‘s Aug. 19 mid-season finale.

Read On For My Q&A With Bianca Lawson…

Yes, thank you! I kept going back and forth on whether or not I was going to join, and then I just decided to jump out there.

>> And have you gotten a warm welcome?

[The fans] have been so sweet. You hear so much about bullying, and how Twitter’s so crazy, but everyone has been really nice and encouraging. I had a couple Twitter glitches as I was learning, and they were like, ‘No! You’re doing good!’

>> You’ve done so many shows and movies. What do you get the most tweets about?

Right now, obviously, Teen Wolf. But also Pretty Little Liars! They’re like, ‘Come on, is Maya really dead? Could she be coming back? Come on!’ They’re trying to get spoilers out of me. … People also ask me to make videos of my Save The Last Dance dance, or to do my Kendra voice [from Buffy.] Right? I love it! I find out everything when I get the scripts … and she’s getting really weird. You’re finding out her motives and why she’s doing stuff. For the longest time, I couldn’t give anything away, so she had to be this morally ambiguous creature; now I get to have a point of view about things! I love getting to be like, ‘Oh, one episode I’m teaching French class, and now I’m running through the woods and doing magic!’ It’s very fun.

>> I’m so glad you brought up the French class. I think we all loved that.

That was so exciting! For the longest time, I was just doing the therapy sessions — which I loved — but I was like, ‘When am I going to actually get to speak some French?’ I loved it.

>> And based on last week’s episode, Ms. Morrell is officially a druid, right?

Yeah, as of right now, the last thing we learned about her is that she’s a druid emissary. But, I mean… I don’t think that’s everything.

>> Of course it’s not. Lastly, any hints about the mid-season finale?

Well, I can say there will be more deaths on the next episode. And there will be a lot more revealed about the druids and the emissaries and all that stuff.

(Sounds good to me!)

HollywoodLifers, what do you think will happen on the Teen Wolf finale, and how glad are you to finally have Bianca on Twitter? Drop a comment with your thoughts below!