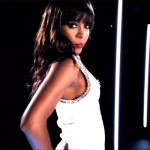 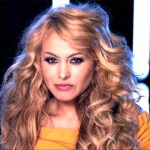 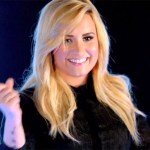 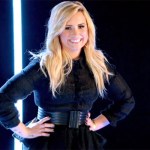 Simon was named in the divorce papers filed by his pregnant lover, Lauren Silverman’s, husband Andrew Silverman. Now a top celebrity divorce attorney tells HollywoodLife.com why Andrew might have decided to do something so drastic.

Why would a scorned husband choose to name his wife’s lover in divorce papers? In the case of Simon Cowell and the mother of his unborn child, Lauren Silverman, it was a matter of trying to embarrass Simon in the most public way possible by his former friend, Andrew Silverman, according to Vikki Ziegler, a top celebrity divorce attorney. Vikki spoke to HollywoodLife.com about the shocking divorce papers and revealed Andrew’s possible motivation to drag Simon through the mud.

HollywoodLife.com reported earlier the X-Factor judge was named in divorce papers filed by Lauren’s estranged real estate developer husband. More specifically, he was named as a co-respondent in papers filed mid-July in the Manhattan Supreme Court.

“It’s pretty rare these days to be named as a co-respondent in a divorce action,” Vikki tells HollywoodLife.com. “When people name a third party, it’s a payback to embarrass them because they are very hurt. Simon may absolutely have to testify down the road if the court grants the divorce based on adultery. “

We told you that Andrew’s brother Alexander Silverman has come out swinging by calling this divorce an: “unbelievable story of betrayal.”

Vikki goes on to explain that the motive for naming Simon could be an attempt by Andrew to pay less in the divorce settlement. This drastic move could actually push Lauren to settle out of court  for much less money, even though the divorcing couple has reportedly been separated for one year.

“This means that Lauren might take less in the divorce settlement. It may mean they could settle out of a courtroom,” Vikki says. “It would streamline the divorce financially and end up causing them less embarrassment in the media, especially for Simon.”

Simon is reportedly worth $350 million and has hired an attorney with Lauren, and Vikki says this shows they are a “united front.” This may mean that Simon will help Lauren negotiate a divorce settlement in order to prevent this from proceeding to court. If the divorce does go to trial, Simon could be forced to testify about his relationship with Lauren, including when it began.

“Andrew has to prove that Lauren committed adultery with Simon,” Vikki tells us. “This is the only way he can bring Simon into the case.”

Unless Lauren and Andrew have a prenuptial agreement, they will most likely have to split all of their assets down the middle, since New York is an equitable distribution state.

“You still talk about alimony, and any other bank accounts you may share. But unless you have a prenup which states otherwise, generally the court will divide things equally. Unless there was an adultery clause in the case which states if one party cheated the adulterer gets nothing. But we don’t know.”

Lauren and Andrew also have a 7-year-old son, Adam, together.

Most recently, Lauren, Simon and Andrew were all spotted on vacation together aboard a yacht in St. Barths in January 2012.

A source close to the situation at X Factor tells HollywoodLife.com that this public scandal will in no way affect Simon professionally.

“This baby situation in zero way will will effect the show moving forward,” the insider tells us. “The producers have no worry that it will threaten the show and its viewers. People like Simon and that will continue. Simon is fine, he will be a great father and is looking forward to take care of his child. It is not a problem. Its more of an issue in the media then it is in his world.”

Do you think Andrew naming Simon in the divorce was a smart idea on his part?