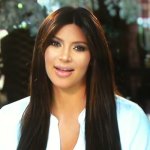 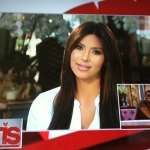 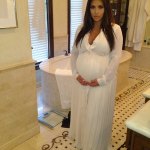 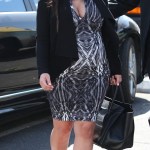 The season premiere of ‘KUWTK’ aired on June 2 and it was what we had been waiting months for! Kim finally learned the sex of her baby and both Khloe and Kourtney were with her when she found out and HollywoodLife.com was first to report the big news back in January!

Kim Kardashian Finds Out Sex Of The Baby

Kim finds out the sex of the baby and it’s a girl! We are so excited for her and she said she’s thrilled she’ll have a little mini-me. Unfortunately, Kanye West wasn’t in the episode but we bet he’ll be in the next one.

From Our Partners: The Guide To Baby Daddies: As Told By Kourtney Kardashian In GIFs

10 Things You Might Have Missed During The Season Premiere

1. Kim gets a house with Kanye and tells Khloe Kardashian she’s totally changing it. Khloe tells her that she has no idea how to baby proof the house.

2. Bruce Jenner has a bunch of his friends over and flies helicopters around. This causes Kris Jenner to totally freak out and tell him that he should get his own place.

3. Bruce moves out into his own “man cave” in Malibu.

4. Kim and Kris cry because Kim is so unhappy being pregnant. She’s stressed out and she wishes she had waited a while before getting pregnant.

5. Scott Disick tells Kourtney Kardashian that he wants to have “backdoor sex.” He won’t drop the topic and he takes vegetables and shows Kourtney what it would be like if she was willing to try it out.

6. Kim talks about how she’s not divorced from Kris Hupmhries and how she doesn’t understand why Kris wants to sit in on her deposition.

7. Kris races over to Bruce’s man cave and begs him to move back.

8. Khloe and Kourtney surprise Kim and show up at the doctors offce to find out the sex of Kim’s baby.

9. Kourtney tells Scott she’ll only have back door sex if she lets herself do it to him first.

10. Kim finds out the gender of her baby, it’s a girl! HollywoodLife.com told you first!