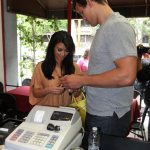 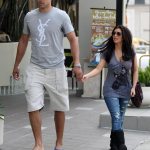 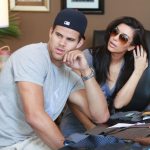 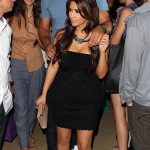 Kris believes he’ll be able to prove in court that Kim Kardashian never loved him the way a wife should love her husband, a source close to the situation reveals exclusively to HollywoodLife.com. Read on for Team Humphries’ proof !

Kim Kardashian and Kris Humphries will take their divorce battle to court in LA on May 6, where Kris will work to prove that his marriage was fraudulent.  It’ll be there that his legal team will reveal evidence that Kim staged her marriage to him for the sake of reality TV ratings and therefore, he is entitled to an annulment. Kim of course, will argue that she truly loved him and should be granted a divorce. Here’s what Kris has as evidence to support his claim.

Kris Has Proof That Kim Never Loved Him

The insider tells us that Kris’s attorneys will allege that Kim worked with producers on Kourtney & Kim Take New York in 2012 to make it look as though Kris was a bad husband. A Humphries insider points out that a woman who truly loved her husband, would never set out to make him look bad on national TV.

“A person who is truly in love would never have staged scenes of KKTNY  that deliberately put him in a negative light without her husband’s knowledge,” explains the source.

A key example, says the source, was a party scene that was staged dramatically to show Kris throwing a party, supposedly against Kim’s wishes while she was away on business.

In reality, Kim was not away but was in another room at the Gansevoort Park Hotel, where the couple was staying in NYC and filming the show. Unbeknownst to Kris at the time, says the source, Kim worked with the show’s producers to add extra drama to the party. Extra liquor turned up and a number of girls, who Kris didn’t know showed up and went into Kim’s room and took photos.  In the filmed episode, Kris is surprised by all the liquor and girls, and asks Scott, where this all came from. This supposedly “freaked” out Kim.

When viewers saw the show, it appeared that Kim was furious at Kris for the party and the Twitter pics. Now, while Kris knew he was co-operating with Kim and the show producers to stage a party, he had no idea of how dramatic the party would turn out to be.

“If she loved Kris, why would she set him up to look like a terrible guy and husband,” points out the source.

Kris insiders don’t believe that any woman who really loved her husband would premeditate scenes like this.

“Kim set him up to look bad in the press,” the source adds. “Kris was unaware of what was going on until after the divorce.”

Kim Will Use Tears & Her Pregnancy To Win In Court

When Kim and Kris go head-to-head, the insider tells us that Kim will do anything she can to illicit sympathy from the judge.

“Friends and family are expecting Kim to use tears and her pregnancy as a sympathy card,” the source says. “We can expect her to say that she loved him, when she married him. She’ll try to tug at everyone’s heartstrings.”

The source even adds: “She’ll have people ask Kris why he’s putting her through this while she’s pregnant.”

Is Kris angry and losing sleep over the upcoming court date?

“He’s very calm,” the source says. “He’s in a normal space, he’s not stressed out. He has a strong, good case. No matter the outcome of the trial, Kris feels that it was the right thing to do – to fight for the truth to come out in court.