Vivian’s Killer Will Be Revealed

Despite what many fans assume, the cast hasn’t known the identity of Vivian’s killer since day one. In fact, the stars were only recently clued in, and even they aren’t sure if they have the whole story.

“We found out when we read the last script, but it went through some changes; so even for us, it’s a little open-ended as to how it went down,” Katherine said. “We didn’t know who it was going to be. I was hoping it’d be me. I was looking forward to making someone my bitch in prison. That would have been a really good story line.”

And if you thought Sofia’s fights were limited to the racquetball court, you just wait. During the press lunch, Katherine’s finger was in a tiny cast thanks to an on-set injury she suffered while filming a Dynasty-style throw down.

“There’s some good stuff coming up,” she assured us. “I don’t know if you’ve seen this [gesturing to her finger], but it’s from the last episode. My big fight scene that I have. In heels. … You should see the other guy. 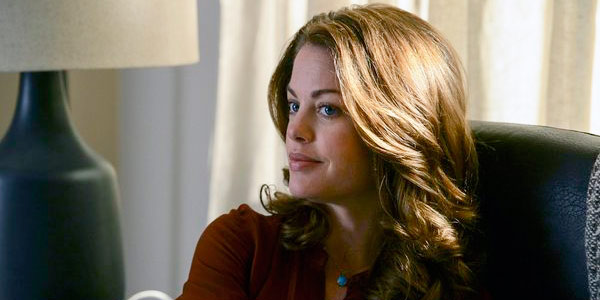 Just when you thought Mia’s relationship with Haverstock (John Larroquette) couldn’t get any more complicated, Mia’s genetically-flawless boyfriend Kyle (David A. Gregory) gets thrown into the mix. As it turns out, things can still get way more complicated.

“At first, I’m a little curious,” Ella told us of Mia’s relationship to biological father. “There’s so much craziness going on in my own family that to hear I have someone else is sort of interesting. I think, at first, I want to see what he’s all about, and see if he’s someone I can trust. In the next episode, I find out a little more about his involvement with Kyle. It’s not a positive situation.”

Related: Bad Bunny’s Girlfriend Gabriela Berlingeri: What To Know About Their 5 Year Relationship

Will ‘Deception’ Get A Second Season?

The only mystery bigger than “Who killed Vivian Bowers?” is definitely whether or not Deception will receive a second-season renewal. Despite a slew of internet naysayers, Victor told the press he’s confident that the show has plenty of life in it yet.

“NBC is behind the show, we’ve felt that from the very beginning,” he said. “And we are building. Every week, we’ve gotten more people. … I also think it’s the nature of television. People don’t watch TV like they used to. … The DVR numbers for our show have increased 40 percent. We’re growing, and we’ve very optimistic we’re having another season.”

HollywoodLifers, who do YOU think killed Vivian? Do you hope Deception gets a second season? And who do you think Sofia will spar with in the coming weeks? Drop a comment with your thoughts and theories about Deception!