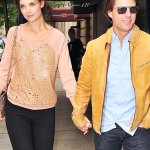 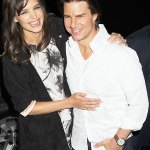 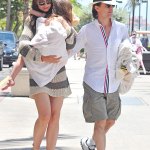 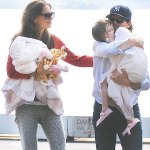 It was a real-life ‘Mission Impossible.’ As details leak out about Katie Holmes’ shocking divorce plan, it’s revealed that her lawyer father Martin Holmes arranged for new cell phones, bodyguards, assistants and an apartment in months of secret planning. Here’s the details!

Katie Holmes filed for divorce from Tom Cruise on June 28, and according to a new report, Martin Holmes “helped orchestrate his daughter’s sudden split” from Tom!

Tom, 50, was allegedly blindsided by Katie’s decision to file for divorce. “She was talking to Tom on the phone up until last week, saying ‘I love you,'” a source tells People.

But Katie allegedly wanted to leave Tom for quite a while! “Her inner circle has been planning this and switching out cell phones since she was in China [in mid-June],” adds the source. “When new cell phones arrived, then nobody could reach her. Her old best friends from last week don’t have her new number, no email. She’s unreachable.”

Katie, 33, also reportedly rented her brand-new apartment in New York City in early June! “[Tom] knew that she moved there, but [he thought it was] for different reasons,” says the source.

“She said she moved there to drive into the underground garage. There are fewer paparazzi and it’s less intrusive for her,” adds the source. “It was the first phase of getting everything out of the house, and that’s why she was able to say she’s moving without giving an indication that she was going to divorce him.”

Martin is said to be the one who put the “wheels in motion” when Katie decided to divorce Tom after five years of marriage!

It’s long been reported that Martin was never happy with Katie’s decision to marry Tom! But Katie told Vanity Fair in 2006 that “some of the crap that’s out there – the stuff that’s said about my parents and my siblings not hitting it off with Tom, it’s really frustrating.”

True or not, Katie’s parents, Martin and Kathleen Holmes, are both allegedly happy with Katie’s decision to leave Tom. In fact, they are reportedly very happy to have “the old Katie back.”

What do YOU think, HollywoodLifers? Did Katie’s dad orchestrate her split from Tom?