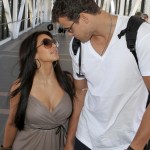 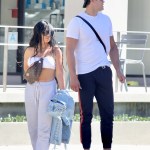 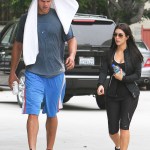 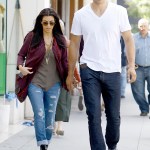 ‘No more cameras — they’re ruining our marriage!’ That’s what Kris told Kim, a Kardashian insider tells us. Read on!

Kim Kardashian is getting a divorce from Kris Humphries, and HollywoodLife.com has EXCLUSIVE info about the REAL reason they broke up!

Kim, 31, and Kris, 26, had many differences, but HollywoodLife.com spoke with a Kardashian family insider about the sudden split — and much of the drama was because of Kris’ work on Kourtney and Kim Take New York!

“Kim and Kris got into a huge fight last week because Kris told Kim he was sick of the cameras following him around and that he had had enough,” she said. “Kris said the reality show was ruining their marriage and it obviously took its toll on their relationship. But for Kim, it was the last straw. Kris had promised her that he would be on the show and that he was OK with all the cameras. Now that he is pulling out, Kim is throwing in the towel. She has had enough as well. They were only married for 72 days. Basically, the marriage should never have happened. There was too much of an emphasis on the wedding TV special rather than on their actual relationship. I think Kim was more in love with the whole idea of the wedding than she was in love with Kris. Now what happens? Some guests spent thousands of dollars on wedding gifts. Does she give them back? It’s probably the last thing on Kim’s mind right now. I think her Kris Jenner and Bruce [Jenner] should have paid more attention to whether or not Kim should have even married Kris in the first place. They were all too in awe of the wedding, the cake, the dress…these things don’t matter if there is no real love to begin with!”

Furthermore, the source says Kris has not been playing nice ever since they got married.

“Kris has been getting nastier and nastier and has been threatening Kim,” our source says. “He has basically given her an ultimatum, ‘Move to Minnesota with me or I will dump you!’ This is really immature behavior. I honestly don’t know why they got married in the first place. They are so different. Kim is much more mature than Kris and Kris still lives like a bachelor. Neither one of them is ready for marriage! I think Kim is smart and should be filing for a divorce. However I do think it’s very unfortunate.”

Additionally, a source close to Kim tells HollywoodLife.com EXCLUSIVELY: “I heard that she feels like she didn’t know him at all and that she rushed way too quickly into marriage.”

Yet another source close to Kim says the split is NO surprise.

“Everyone has known about this for a little over a month,” our source said. “They were rarely out together. She was never integrating his life into her schedule. This is a kid who doesn’t have a job and he’ll be a free agent. Kim was definitely not ready to settle down and move outside of New York. It’s not going to help her career. Kris was in over his head and Kim was so desperate to get married. Her friends are not surprised at all — it’s something they saw coming. She is disappointed but everyone saw it coming.”

What do you think, HollywoodLifers — are you so sad that Kim’s union is over?

From Our BFFs At Ranker!