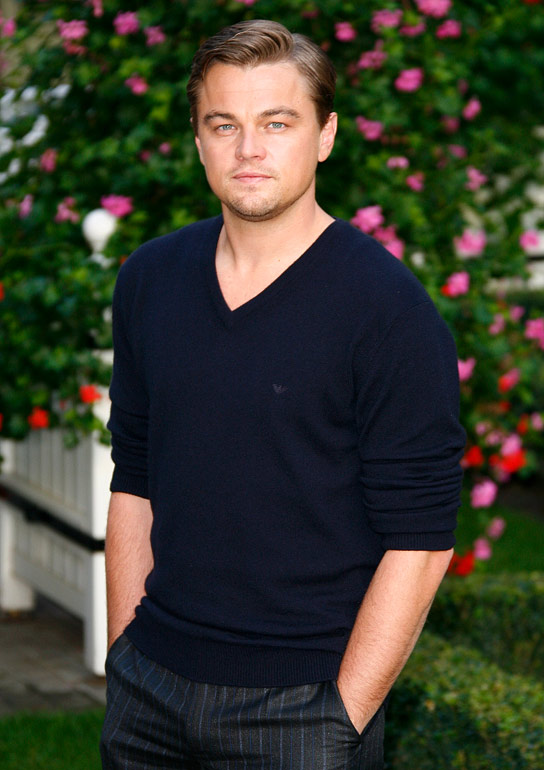 Leonardo opens up about fame, his films, and why he adores his director Martin Scorsese.

And even though Leo has starred in Scorsese’s past three films: The Aviator, The Departed, and Gangs Of New York, the actor tells Parade.com that Shutter Island, which hits theaters on Feb. 19, “is one of the most intense, hardcore filming experiences I’ve ever had.”

Leo confesses that while researching his role for U.S. Marshall Teddy Daniels, “we explored what the mentally ill had to face in the days when mental hospitals were called insane asylums. It was really very traumatic, and I don’t say that about a film very often. I went to places and unearthed some things that I didn’t think I was capable of. It was like an emotional layer cake that just kept getting deeper and deeper.”

But it seems like Leo would do anything for Scorsese! “If you’d asked me at 16 the director I wanted to work with, it would have been Marty,” Leo gushes. “Marty’s not afraid to sit there for days on end just to get a scene right. Most important, I trust him which makes my job as an actor a lot easier.”

And despite his years of staring in hit flicks and Oscar nominated films, Leo is still uneasy with fame. “Just because you’ve done a good performance once, doesn’t mean you’re always going to be good,” he says. “That’s why some of the greatest actors in the world have gone a little bit nuts. They’re saying to themselves, ‘What happened? You used to love me?’ It’s an easy trap to fall into. You just have to realize that when you’re hot, you’re hot, and when you’re not, you’re not.”

Related: ‘Shazam! Fury Of The Gods’: The New Trailer, The Cast, & More We Know

Click Here For More On Martin Scorsese’s Films On Starpulse