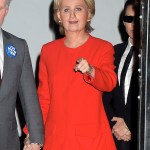 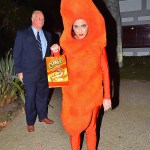 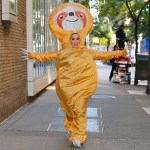 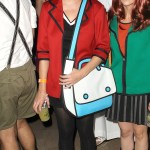 Katy Perry is not afraid to go ALL out when it comes to Halloween. From Hilary Clinton to a hot Cheeto, the pop star has worn some pretty wild and wacky costumes over the years to prove it!

Katy Perry, 34, takes Halloween very seriously, and she’s wowed us with some amazing costumes over the years. In general, Katy has a very quirky style. So, it’s no surprise that she takes things to the next level when Halloween rolls around every year. This will be Katy’s first Halloween as a mom, after welcoming a baby girl named Daisy Dove with Orlando Bloom in August — we’re hoping for baby-and-me costumes this year! Until Oct. 31st rolls around, though, we’re looking back at the “Daisies” singer’s best costumes over the past decade:

In 2018, she appeared on Live With Ryan and Kelly alongside her fellow American Idol judges, Lionel Richie and Luke Bryan, on Oct. 31. Ryan Seacrest and Kelly Ripa have a Halloween-themed show on the holiday every year, and Katy got in the spirit by wearing a giant, inflatable sloth costume for her appearance. Luke and Lionel also got in on the fun by donning eagle and panda costumes themselves.

The singer appeared to be having a great time in her fun outfit. Not only did she wear it on the show, but she also took to the streets of New York to run around in. She’s definitely the speediest sloth we’ve ever seen! But this is far from the first time that the “Roar” hitmaker got into the spooky spirit of the season. In 2016, Katy underwent an extreme makeover to convincingly transform into Hillary Clinton. She shared a photo on Instagram of herself holding a martini while wearing a blonde wig and a red pantsuit ahead of a Halloween party in Los Angeles.

The costume was very timely at the time, as Hillary was in the midst of her campaign for president. Katy was an avid Hillary supporter, so it was only fitting that she showed her love for the Democratic candidate by dressing as her for Halloween.

Of course, we have to pay our respects to Katy’s Halloween costume in 2014, when she went as a flaming hot Cheeto to to Kate Hudson‘s annual Halloween party in 2014. Two years before that party, Katy dressed as our favorite sarcastic best friend from the ’90s: Jane Lane! She even completed the cartoon-like grunge outfit with a pair of Dr. Martens (a punk essential). Want to see more of Katy’s craziest costumes? Then get clicking through the gallery above!