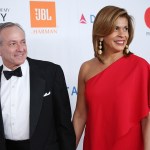 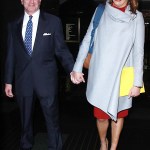 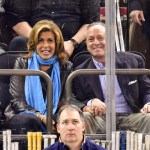 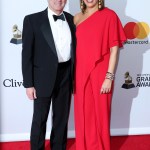 The ‘Today’ show co-host has been engaged to her fiancé Joel Schiffman since November 2019, but their wedding. But before she walks down the aisle, here’s what you need to know about her fiancé.

After years of dating, Hoda Kotb, 57, and her longtime partner, Joel Schiffman, 63, got engaged in November 2019. The news was announced on an episode of Today, and Hoda was absolutely beaming when she shared the sweet pic from her engagement. The proposal appeared to take place on the beach, where the happy couple stood behind their names, which were written in the sand, as Hoda flashed her stunning ring. Unfortunately, the couple has had to postpone their wedding a few times due to the COVID-19 pandemic, as the Today host revealed in an interview with Entertainment Tonight, but hopefully they’ll be able to Before this sweet couple exchange their “I dos,” here are five things you need to know about Joel Schiffman!

Hoda met her soon-to-be husband at an event she, apparently, “didn’t want to go to,” according to her appearance on Watch What Happens Live. As she was readying to leave the event, Hoda signed a few autographs when Joel approached her. Their meet-cute definitely left an impression on the Today show host, as she passed along her email address to him. They’ve been together ever since!

2. He’s been married before.

Joel had a serious relationship prior to meeting Hoda and has a grown daughter from that marriage named Kyle Schiffman. Since his relationship with Hoda, Joel has become the father to Haley and Hope, whom Hoda adopted. During her appearance on The Wendy Williams Show, Hoda shared that she “knew I’d chosen the right man,” when she asked Joel about adoption.

During an episode of Today, Hoda shared with her co-host, Jenna Bush Hager, how Joel revealed his true feelings. Upon hearing him say those three magic words, Hoda said she had “to sit with that for a minute.” After a brief pause, Hoda told Joel she loved him, too! 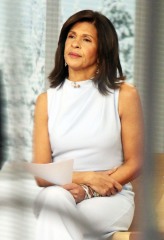 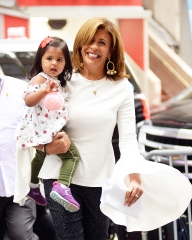 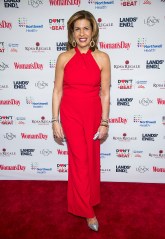 Joel currently works as the Head of U.S. Defined Contribution and Insurance Sales at an investment management company. Before his current job, he was the Vice President and Director of Financial Institutions for Janus Henderson Investors for over three years, according to his LinkedIn.

5. He has two major degrees