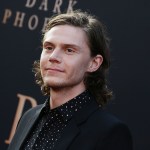 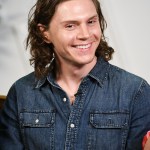 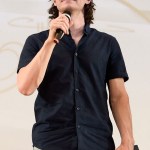 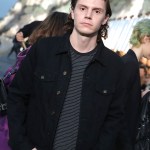 Evan Peters will bring serial killer Jeffrey Dahmer to life in Ryan Murphy’s new series, so here’s what you need to know.

Ryan Murphy didn’t need to go far to find the man who will play his monster. Evan Peters, a mainstay on Murphy’s American Horror Story, will portray Jeffrey Dahmer in the Netflix limited-series, Monster: The Jeffrey Dahmer Story. The series will tell the story through the eyes of his victims, according to Variety, while examining how Dahmer’s “white privilege” and how law enforcement’s incompetence allowed him to go on a killing spree for over a decade. Niecy Nash, who appeared in Murphy’s Scream Queens, will play Glenda Cleveland, the neighbor who alerted the FBI to Dahmer’s suspicious behavior. Penelope Ann Miller and Richard Jenkins will play Dahmer’s mother and father, respectively.

For Evan, this marks another turn at playing a famous – or in this case, infamous – figure. He played David Koresh, Jim Jones, Charles Manson, and Heaven’s Gate founder Marshall Applewhite during American Horror Story: Cult. However, Dahmer will be a ‘meatier’ role than those prior parts, for the gruesome reasons listed below. Here’s what you need to know about the killer dubbed the “Milwaukee Cannibal.” Warning: graphic imagery ahead.

1. Jeffrey Dahmer Was A Serial Killer.

Jeffrey Dahmer murdered 17 young men from 1978 to 1991, only pausing his killing spree in the mid-1980s when his father forced him to join the Air Force. Dahmer preyed on men at gay bars, malls, and bus stops, according to Biography. He would lure the men home by baiting them with money or sex, then gave them alcohol laced with drugs before strangling them to death. He would then dismember the bodies, sometimes keeping body parts as “souvenirs.” The dismemberments and methods of torture and murder grew more disturbing as time went on. After killing the men, Dahmer took photos of the victims so he could relive the experience.

Dahmer’s first murder occurred in June 1978, when he took a hitchhiker named Steven Hicks back to his parents’ house. Dahmer got him drunk, and when Hicks tried to leave, he struck him in the head and strangled him with a barbell. He dismembered the corpse burying the body parts in the backyard. Later, he exhumed the remains, crushed the bones with a sledgehammer, and scattered them in the woods.

Overall, Dahmer is known to have killed seventeen victims. Twelve of these murders were committed in his apartment at North 25th Street in Milwaukee. Eight of those twelve were killed over a five-month period in 1991.

2. He Engaged In Sexual Acts With His Victims’ Bodies.

After murdering some of his victims, Dahmer engaged in necrophilia — aka having sex with the dead bodies. This was directly before mutilating them, then keeping body parts, like skulls and genitals, in jars in his apartment.

3. Dahmer Was Once Jailed — But Not For Murder.

Had the police done their job better, it’s possible that so many people would still be alive today. Dahmer was charged with sexual exploitation and second-degree sexual assault in 1989 after molesting a 13-year-old boy. However, the authorities’ inadequate search of his apartment failed to uncover any evidence of his grisly murders. He pleaded guilty to the charges and was sentenced to a year in prison on “day release.” His sentence was eventually reduced to 10 months for good behavior. While he was awaiting his sentencing, he murdered an aspiring model named Anthony Spears, subsequently sodomizing, photographing the evidence, dismembering the body, and getting rid of it.

In 1991, a neighbor named Sandra Smith called the cops after seeing a 14-year-old boy running naked down the street. Police caught up with him but accepted the word of Dahmer that he was his much-older lover. He was actually the brother of the child he molested. Police only glanced at the apartment before leaving. Dahmer killed, raped, and dismembered the boy as soon as the police left. If the police had looked harder, they would have found the body of Tony Hughes.

Dahmer’s killing spree was finally halted in July 1991 after police picked up 32-year-old Tracy Edwards, who was wandering the street with a handcuff on his wrist. He told the cops that a “weird dude” drugged and restrained him. They went to Dahmer’s apartment to investigate. An officer went into the bedroom to corroborate Edwards’ claim that Dahmer threatened him there with a knife. There, the officer found the photos of dismembered bodies. Subsequent searches uncovered a human head in the refrigerator, three more in the freezer, and a catalog of other horrors — including preserved skulls, jars containing genitalia, and an extensive gallery of macabre Polaroid photographs of his victims.

Dahmer was subdued, arrested, and jailed. On July 25, 1991. Dahmer was indicted on four counts of murder, but by August that year, 11 more murder charges were brought against him. At a preliminary hearing in January 1992, Dahmer pleaded guilty but insane to the 15 counts of murder.

Though his defense argued that Jeffrey was not in his right mind when he conducted his grisly slaughter, the jury ruled that Dahmer was sane when he conducted his killings. On Feb. 15, 1992, Dahmer was found guilty on all counts. He was sentenced to 15 consecutive life terms in prison, with a 16th — for the murder of his first victim — added in May.

Jeffrey Dahmer was jailed at the Columbia Correctional Institution in Portage, Wisconsin. He reportedly adjusted well to prison life, though he spent his first year in solitary confinement due to concerns for his safety. In July 1994, a fellow inmate, Osvaldo Durruthy, attempted to slash Dahmer’s neck with a razor embedded in a toothbrush. The weapon was poorly made, and Dahmer only suffered a superficial scratch. The attack that happened that following November was more successful.

Christopher Scarver, an inmate serving a life sentence for murder, killed Jeffrey Dahmer on Nov. 28, 1994, beating him with a metal bar from the prison weight room. Scarver also attacked and murdered inmate Jesse Anderson, who was also serving a life sentence for killing his wife. When a guard asked Scarver why he did it, he reportedly said, “God told me to do it. You will hear about it on the 6 o’clock news. Jesse Anderson and Jeffrey Dahmer are dead.” Scarver said he confronted Dahmer about his crimes and revealed later in an interview that he was disgusted by what the cannibal did. Scarver also said that Dahmer also taunted the other inmates by shaping his food into severed limbs. Scarver was sentenced to two additional life sentences for the killing. As of 2021, Scarver is still alive.

According to Dahmer’s wishes, no funeral service was conducted for him. In September 1995, his body was cremated, and his ashes were divided between his parents. The Oxford Apartments, where Dahmer killed most of his victims, were demolished in 1992. The site is a vacant lot.