Lauren Alaina is a star, even when she’s not dancing! The ‘Getting Over Him’ singer arrived to the CMA Awards in a nearly sheer, curve-hugging sparkling gown, turning heads everywhere. Lauren pulled her blonde locks up with a few pieces hanging down curled and kept her glam light and simple to let the dress do the talking.

The singer spoke to HollywoodLife in September ahead of the release of her 6-track EP Getting Over Him, detailing her breakup from now-exiled Christian comedian John Crist. ““I went through a very public breakup right before Dancing With The Stars, and it was a very bad breakup and the relationship was not what you’d want. I was on national television every week and I got pulled into this narrative that wasn’t mine,” she explained, while promoting her latest partnership with U.S. Cellular. “I didn’t really know what to do about it, so I never said anything, I never commented on it, I never talked about the breakup. I internalized all of it because there was a story out there already that wasn’t mine.” 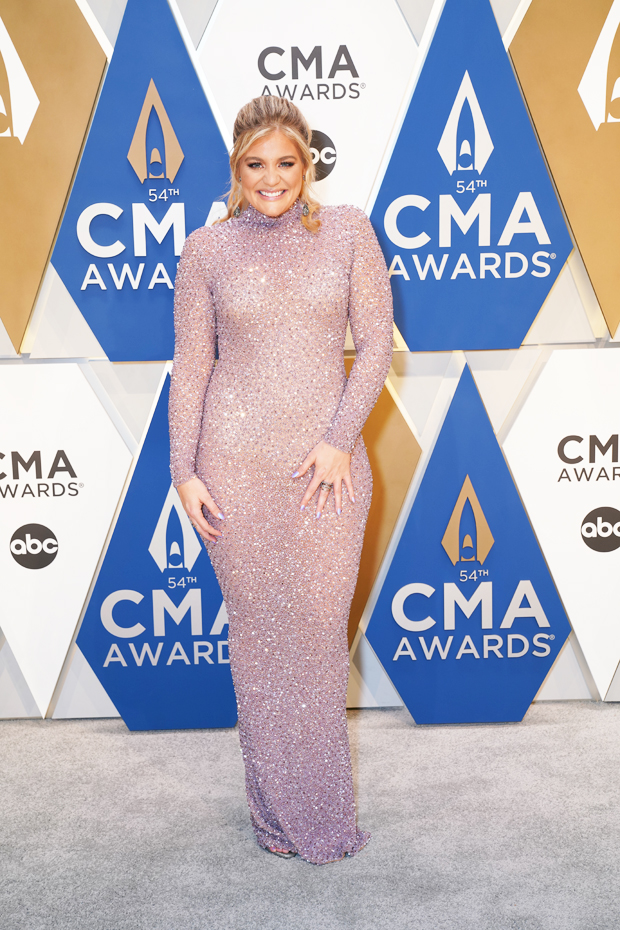 Lauren continued to say that she was “dealing with so many emotions,” while also putting her body through the ringer while competing on DWTS, she had to “give myself time to process what I’d been through.” “I’m letting the music speak for me. I took the high road I didn’t say anything, and now I have a sassy EP coming out!” she said. ”I don’t speak to my ex anymore. So this is pretty much the only information he’ll be getting from me.”

While Lauren isn’t nominated at this year’s CMA Awards, she’s presenting one of the night’s big awards, and enjoying the limited audience at the Nashville Music Center.