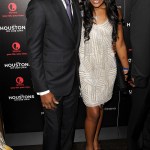 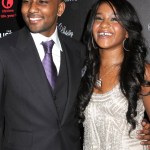 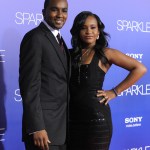 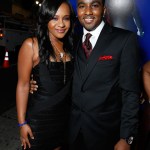 Nick Gordon, who was best known as the fiancee of Whitney Houston’s daughter Bobbi Kristina Brown, has died at the age of 30 following a suspected drug overdose.

Nick Gordon, 30, has died only four years after Whitney Houston‘s only daughter Bobbi Kristina Brown his family confirms. “We are devastated by the loss of my beautiful brother,” Nick’s brother Jack Walker Jr. confirmed to People magazine. “He leaves a void in the hearts of my family and his friends. Nick’s battle in life was not an easy one. I will be forever grateful that my God afforded a small moment at the very end of Nick’s life, and I was able to hold his hand as he journeyed on.” His death occurred in Florida, where he reportedly was rushed to the ICU at Alamonte Springs Hospital. Here’s 5 things to know about the man who was found “legally responsible” for Bobbi Kristina’s tragic death.

1. He lived with Whitney Houston. Though Nick is often referred to as Whitney’s “adopted son” she never legally filed papers to become his parent or guardian. Nick did, however, live with the Houston’s from the age of 12 after his mother abandoned him. In interviews, he’s praised Whitney for being a mother figure in his life, saying that he called her mom and that she “treated me like she gave birth to me.” Nick had tattoos dedicated to Whitney, who passed away in 2012, on his body.

2. He was engaged Whitney’s daughter Bobbi Kristina. After living with the Houston’s for a number of years, the pairs’ close bond eventually turned romantic after Whitney’s tragic passing. The relationship was somewhat controversial, given that many assumed the two were raised as adoptive siblings. 20-year-old Bobbi Kristina eventually confirmed that she was engaged to Nick — who was 23 at the time — on Facebook. “Yes.. I’m MADLY in love with this phenomenal man. @Nickdgordon (:truly happier then ever:) xO” she captioned an Instagram photo in 2013. She later defended the relationship, debunking rumors that they were ever raised as siblings. “Let me clear up something, we aren’t even real brother and sister nor is he my adoptive brother. My mom never adopted him. In fact, mommy was the one who even said that she knew that we were going to start dating. My mom knows me better than any of you,” she said. Eventually, her grandmother Cissy Houston was supportive of the union.

3. He was held liable for Bobbi Kristina’s death. Nick was legally found liable in the wrongful death case of Bobbi Kristina, who was found unconscious in an Atlanta bathtub at only 22 years old in Jan. 2015. She was confirmed to have drugs in her system, and was in a coma for six months before passing in July of that year. Three years after her death, Nick was ordered by a judge to pay $36 million to Bobbi Kristina’s estate.

4. He’s had other struggles with the law. Nick once again found himself tied up in legal issues around a romantic relationship, this time, with his girlfriend Laura Leal. Laura accused Nick of getting physical with her — including striking her in the face — according to a Mar. 2018 police report. He also reportedly said that he would make her “wreck” her vehicle, in addition to pulling her hair. Later, Laura denied that the incident occurred. “With no independent witnesses to the incident, prosecutors do not have a good faith basis on which to proceed to trial,” prosecutors later said. He was also arrested in June 2017 on domestic battery.

5. He worked as a landscaper. Nick entered rehab in March 2015 for drug abuse treatment, and later got a job as a landscaper.  His lawyer Joe Habachay confirmed in a statement to HollywoodLife: “Despite all of the incredible challenges Nick faced over the last few years I can honestly say that he worked hard to hold his head up and stay sober and that he genuinely wanted a happy healthy life with his family more than anything else.”