Angelina Pivarnick is never afraid to speak her mind, and sometimes that spunk got her into trouble on the original Jersey Shore. She went at it with Snooki, JWoww, and, most notably, Mike “The Situation” Sorrentino. Speaking exclusively with HollywoodLife ahead of her dramatic return to Jersey Shore: Family Vacation, Angelina reveals why she originally left the show so suddenly, and who was to blame. “I was there for the second season up until the week of wrapping, actually. So, I could have lasted, but I just it was it was really Mike. He just kept going in on me, and it was a lot of just stuff I couldn’t deal with,” she admitted. “He was going through a lot himself. Obviously, everybody knows now he was going through a drug problem, but I didn’t know it at the time. But, I started to realize this is not how somebody acts, there’s no way that somebody acts like this. It was just so much for me and I couldn’t take it anymore.”

Recall, Mike coined the term ‘dirty little hamster,’ when referring to Angelina back in the day, and also called her “Staten Island Trash.” Tonight, on Jersey Shore: Family Reunion, Pauly D called Angelina to come surprise Mike, and from the teaser, he is beyond shocked. “It was it was a crazy experience and just his face alone was great,” Angelina revealed. The 31-year-old admitted that out of the entire cast, Mike has changed the most, and for the better. “When I first saw him, he ran away. But then when I actually got to say hi to him in the house, I was like, ‘who are you? Where’s Mike?'” she laughed. “I was expecting the same Mike. But, he went out, got help and is now positive and better. It’s good for him.” 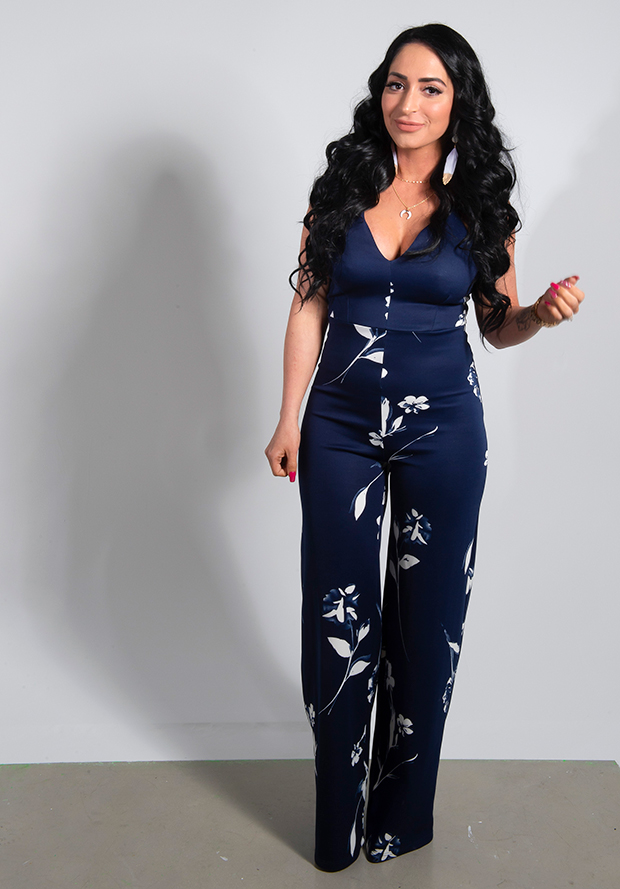 Of course, this is the Jersey Shore were talking about, and things haven’t changed that much. There’s drama, fights, smushing, fist pumping and cabs to be taken! Tune in tonight at 8 PM ET on MTV to see Angelina’s epic return to Jersey Shore: Family Vacation!