Spoiler alert: if you haven’t yet watched the finale of Younger, this is your final warning or you’ll be spoiled by what may or may not be the saddest finale yet. Ok, there was no sheep sex or death by New York City cranes, but it wasn’t exactly smooth sailing for Liza, Charles, or Kelsey.

After heading to Ireland to see Claire, Josh realized that they didn’t want to do long distance, so the only way for her to get a green card was for them to get married. Since Liza had introduced them, he wanted her to come out — or so he said. Once she arrived she found out that Claire’s family was so traditional, they had to believe the wedding was real, and he needed Liza to lie to everyone, including homeland security. Naturally, he had Claire ask her to lie for them, saying that Liza owed him for all the lying she did in the past. Yikes. 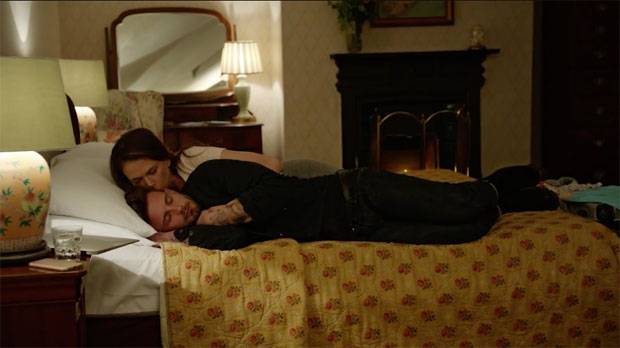 After a bit of back and forth though, Liza pulled through as a friend to Josh; she wanted him to be happy… ish. After lying to all of Claire’s friends and family at the rehearsal dinner/drunken bar hop, a tipsy Josh showed up at Liza’s room. He immediately pulled a Ross Gellar moment; after kissing Liza, he told her,”It’s you, Liza. It’s always been you.” When she stopped him and reminded him she couldn’t give him the life he wants, he answered, “the life that I want is any life with you.”

They didn’t have sex that night, but did sleep together spooning. The next morning, much to Liza’s dismay, he went through with the wedding anyway, right after telling her, “I keep coming back to you, even when I know I should move one…. and I need to put a ring between us.” With that, he married Claire.

Back in the Big Apple, Kelsey was trying to figure out how working with her ex could work. Naturally, he tried to take control of every aspect of her job, and basically tried to steal Pauline’s book from Millennial. He booked Pauline on Good Morning America, even though Kelsey had the contact there, then, after Charles said he would not appear, he forced him to during the live show. Then, he blamed Kelsey.

Needless to say, Charles was not happy. But the thing he was most worried about? How Liza would feel when she saw the segment of him on TV with his ex-wife. The episode ended with Charles calling Liza during the wedding.

So, did we just witness the end of Josh and Liza for good? Does this mean Liza will finally be ready to give it a go with Charles? What do you think/hope season five holds?