Sam Heughan, 37, and MacKenzie Mauzy, 28, are totally adorable, right? We rarely see the Outlander star and his Into The Woods star girlfriend in public, but when they do make appearances, they make it count! The couple walked the red carpet at Refinery29′s Third Annual 29Rooms: Turn It Into Art event in Brooklyn on September 7, looking happy as can be. Sam and MacKenzie have been dating for almost a year, but this is only the third time they’ve been photographed together in public.

The first time was at The Weinstein Company and Piaget’s Oscar Weekend Kick-Off Party on February 24. Swanky! In November 2016, they were spotted getting affectionate at the BAFTAs. That’s when people but two and two together and realized the actors were dating! It appears that their relationship is going strong as ever almost a year after their first sighting.

As much as we all ship Sam and his Outlander costar Caitriona Balfe, 37, it’s just not going to happen. Sure, they have great chemistry, but that’s because they play the ultimate lovers on their time-travel romantic drama. If only! But Sam only has eyes for MacKenzie, and it’s easy to see why. They’re so cute together!

Can you believe that MacKenzie was the target of online bullying after she posted a photo of Sam online? People went nuts, trashing the actress because they wanted him to date Caitriona instead. Sorry, shippers; there’s absolutely no excuse for that behavior. Sam went off on Twitter, rushing to his beloved’s defense by writing: “Shameful behaviour by many on social media recently. It’s disgusting and needs to stop. Spineless bullying. Stop. Now.” Hear, hear! 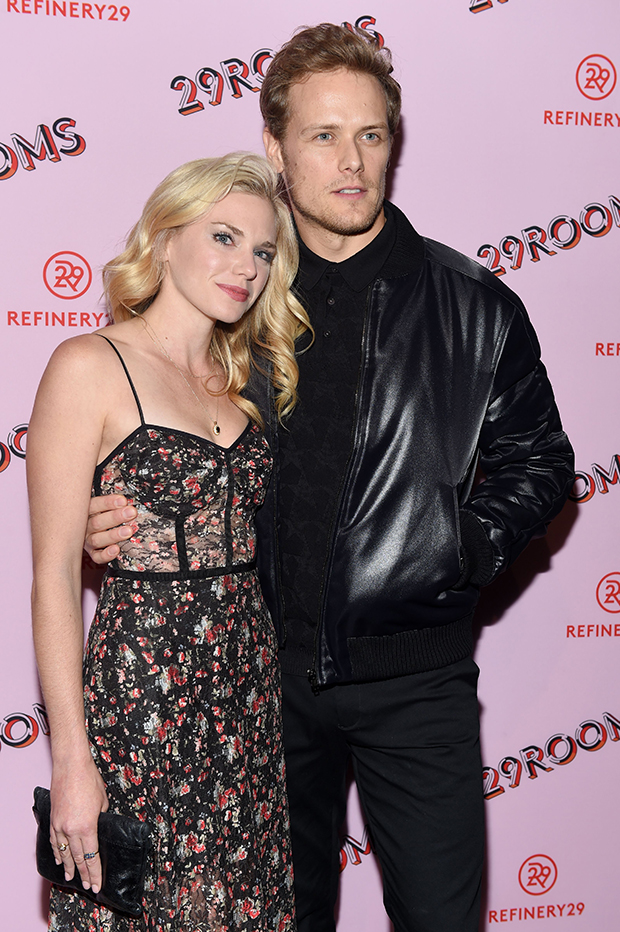 HollywoodLifers, do you think Sam and MacKenzie are a cute couple? Let us know!