Meghan Markle made a surprise, rare appearance on the September 23 episode of America’s Got Talent, where she gave viewers an up close and personal look inside her new Santa Barbara home. Meghan and Prince Harry‘s new $14.7 million property sits in California’s Montecito neighborhood, not far from the likes of Oprah Winfrey, Ellen Degeneres and Rob Lowe. While sending a heartfelt message of support to Season 15 finalist Archie Williams  — who was wrongly incarcerated for 36 years — the Duchess of Sussex exposed her modern living room decor. Despite her cozy couch, stunning wall art, and white candles, it was Meghan’s impressive coffee book collection that caught the attention of fans.

Behind the mother-of-one sat stacks of inspiring books, including: a design book, Wood and Iron: Industrial Interiors; Profiles by Danish photographer Marc Hom; The Black Godfather: A Clarence Avant Story; Women: The National Geographic Image Collection; and A Photographer’s Life 1990-2005 by famed celebrity photog, Annie Leibovitz. — Coffee table books have become home decor staples, especially in the age of social media and influencers. Many would say that they’re one of the coolest things to own. Some stars have even admitted that they rarely open their coffee table books, however, they make for the most stylish living room pieces. Whether you’ve been on the hunt for a fashionable or educational coffee book table, or you’re new to the decor trend, we’ve got you covered. Shop Meghan’s exact coffee table books, below!

Meghan and Harry’s modern home decor, which includes neutral tones, finally makes sense after seeing this book in the couple’s coffee table collection. Wood and Iron Industrial Interiors is a design book about the evolution and popularity of industrial style living, which was inspired by the birth of loft living. It explores the aesthetic and process of turning classic pieces into modern designs. This book is intended to be a source of inspiration and guidance for those making a transition into industrial style. Additionally, it presents the most influential names in the genre and their interior design projects. $49, amazon.com 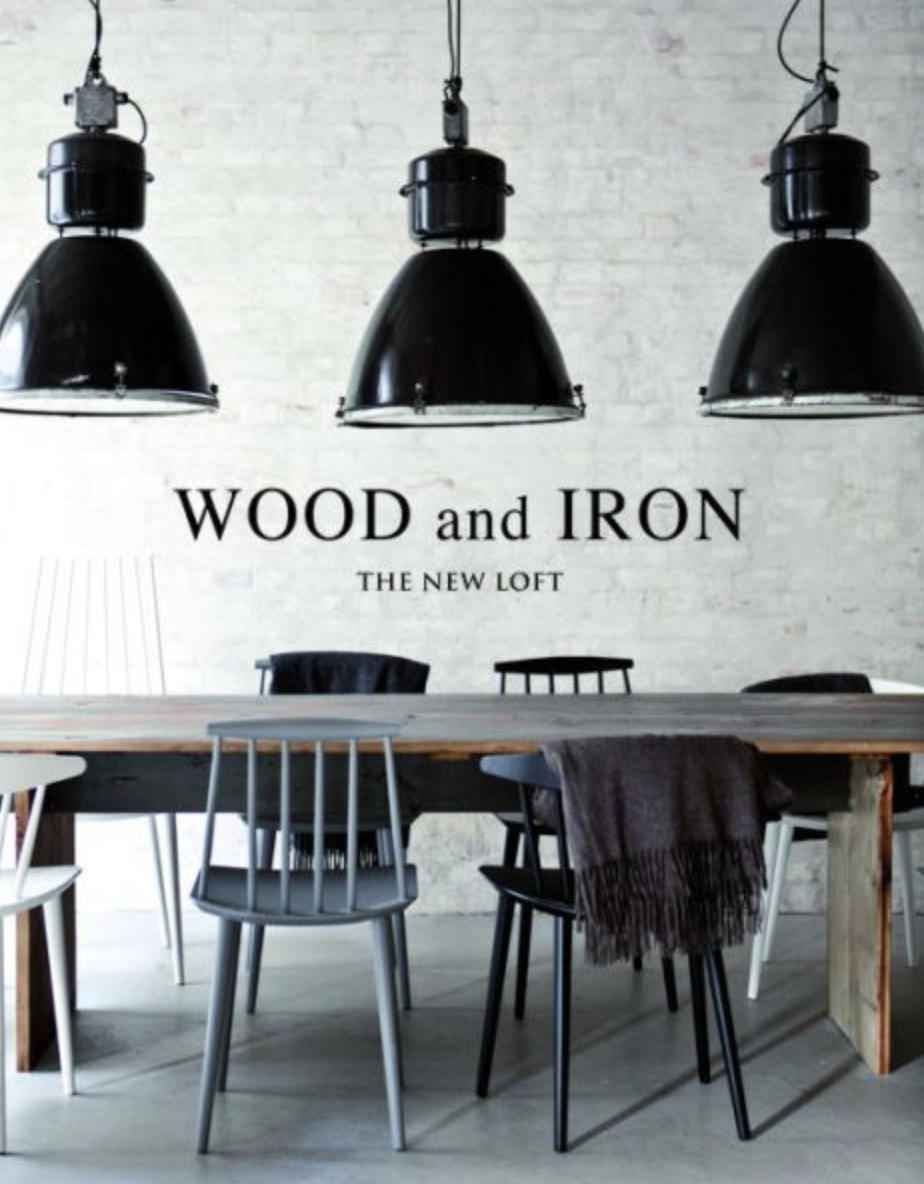 Marc Hom’s 2016 book, Profiles is a stunning collection of his fashion and portrait photography in black and white. “Profiles, is a collection of portraits taken over the last six to eight years, including exceptional profiles of creatives in the arts and cinema, plus meaningful images of family and friends,” Homs said in a quote after the book’s release. “The images originate from editorial assignments and personal sittings, and are a reflection on my fascination with the person and their innate beauty and character.”
Homs is known for his classic portraits of some of the most creative and influential people of our time. Some of his subjects include: Robert Redford, Johnny Depp, Alicia Vikander, Angelina Jolie, Christopher Walken, Brie Larson, Kate Winslet, Wiz Khalifa, Matthew McConaughey, Ben Affleck, Michelle Obama, Quentin Tarantino, David Beckham, as well as Royal families and politicians. $94, amazon.com 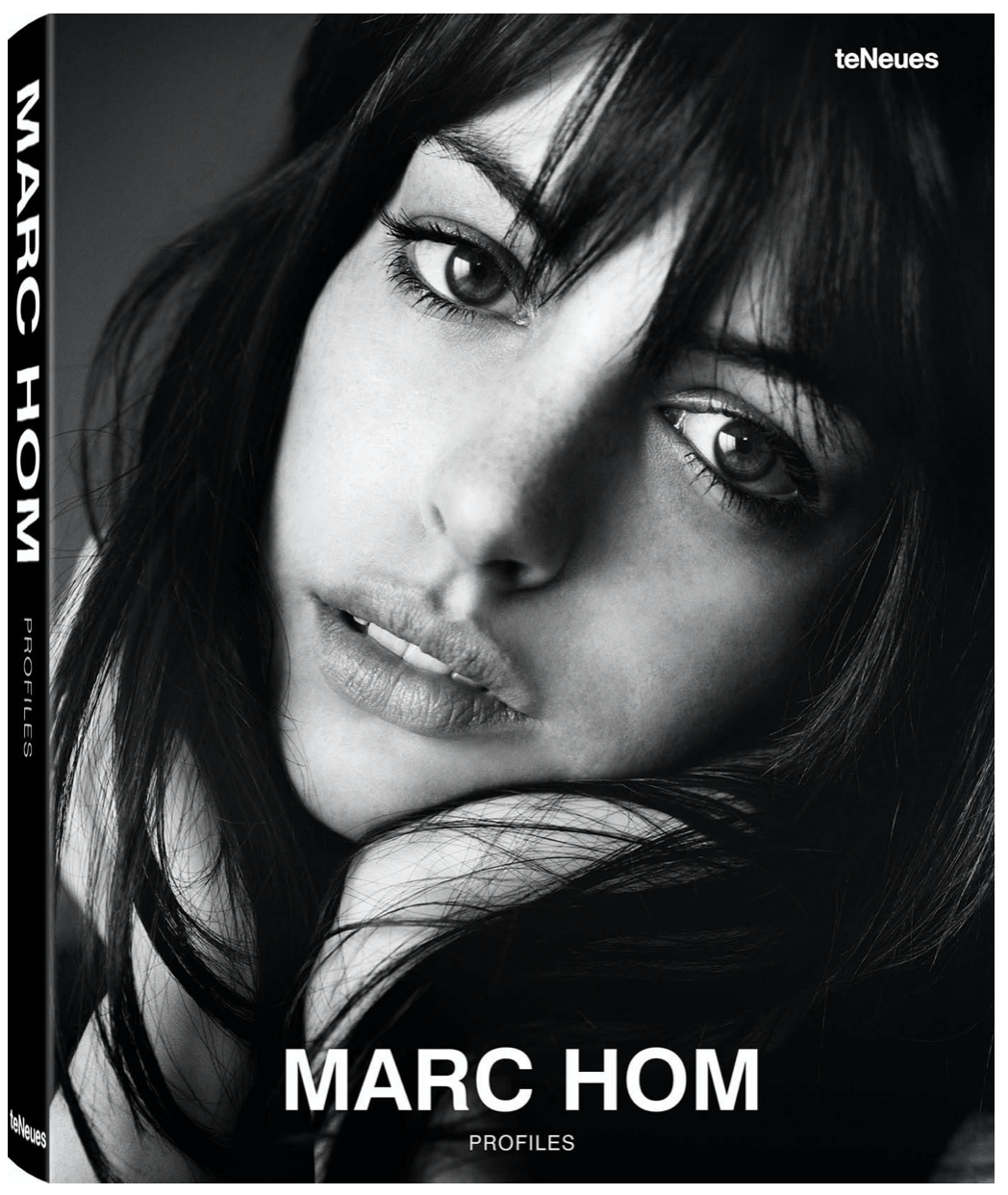 The Black Godfather is a 2019 documentary film — directed by Reginald Hudlin and  released on Netflix — depicts the story of music executive Clarence Avant — told by the people he worked with. Avant, a famed figure in the music industry, is known as “the godfather of black music.” Throughout his career, Avant founded record labels, served as a concert organizer, a special events producer, a fund-raiser for Democratic politicians, and a mentor to several African American executives. This particular selection in Meghan’s illustrious coffee book collection could be a nod to her new mega deal with Netflix. The Duke and Duchess of Sussex’s deal, worth an estimated $50 to $100 million, allows them to produce various documentaries, docuseries, feature films, scripted shows, and children’s programming. They joined forces with the streaming giant under their unnamed production company. Following news of the big deal, Meghan and Harry released the following statement: “Our lives, both independent of each other and as a couple, have allowed us to understand the power of the human spirit: of courage, resilience, and the need for connection. Through our work with diverse communities and their environments, to shining a light on people and causes around the world, our focus will be on creating content that informs but also gives hope.” $485, amazon.com 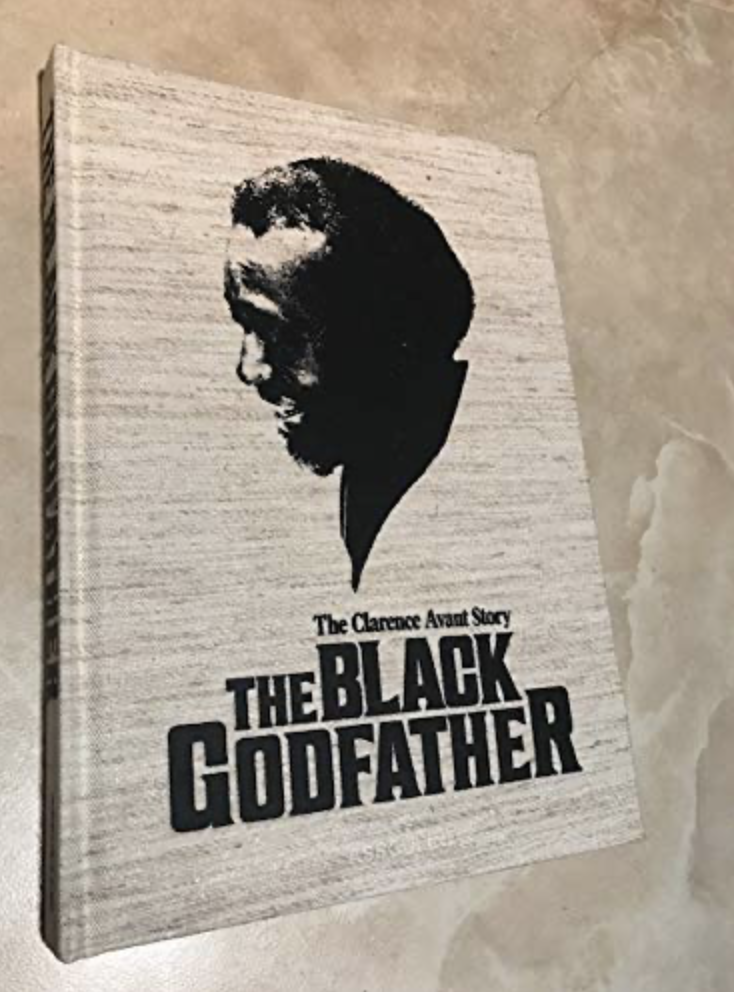 Meghan’s advocation for women in all aspects of life is unmatched, which is why we weren’t surprised to see this book in her coffee table collection. Women: The National Geographic Image Collection, is exactly that — a powerful photography collection, drawn from the celebrated National Geographic archive, that reveals the lives of women from around the globe. This inspirational book includes powerful interviews and portraits of contemporary trailblazers, including Oprah Winfrey, Jane Goodall, and Christiane Amanpour. Additionally, Harry has close ties with National Geographic, as he launched a photograph competition for the brand in September of 2019. $34, amazon.com 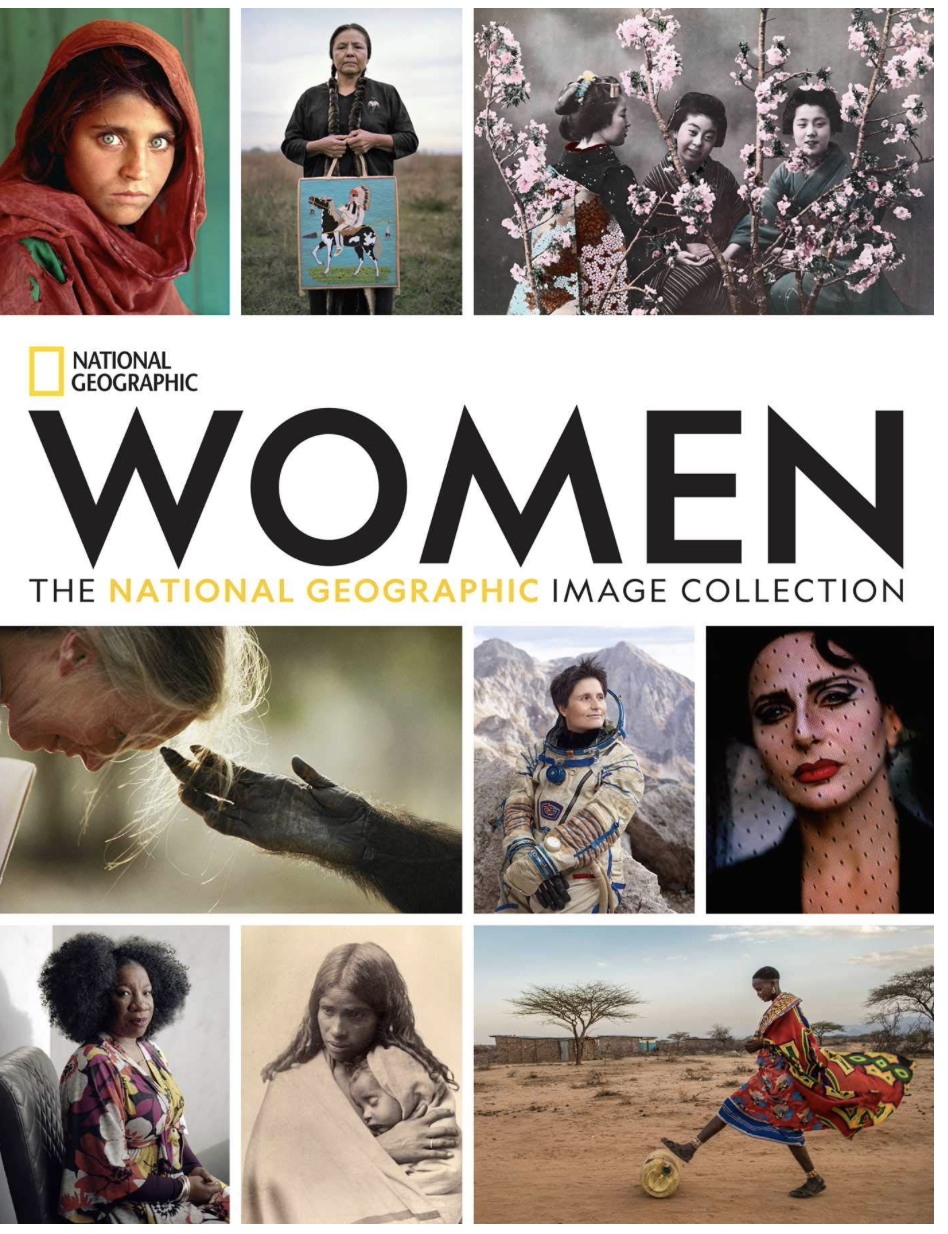 If you’re on the hunt for a star-studded coffee table book, then this is the one for you. A Photographer’s Life 1990-2005 is a breathtaking collection of photos from none other than fame celebrity photographer Annie Leibovitz. “I don’t have two lives,” Leibovitz writes in the Introduction to this collection of her work from 1990-2005. “This is one life, and the personal pictures and the assignment work are all part of it.” This book features portraits of well-known figures including: Johnny Cash, Nicole Kidman, Michael Jordan, R2-D2,  Nelson Mandela, Jack Nicholson, and George W. Bush with members of his Cabinet. Other photos include Leibovitz’s family and friends. The long-time Vanity Fair photographer has had the honor of photographing Queen Elizabeth in a portrait for her 90th birthday in 2017. $48, amazon.com 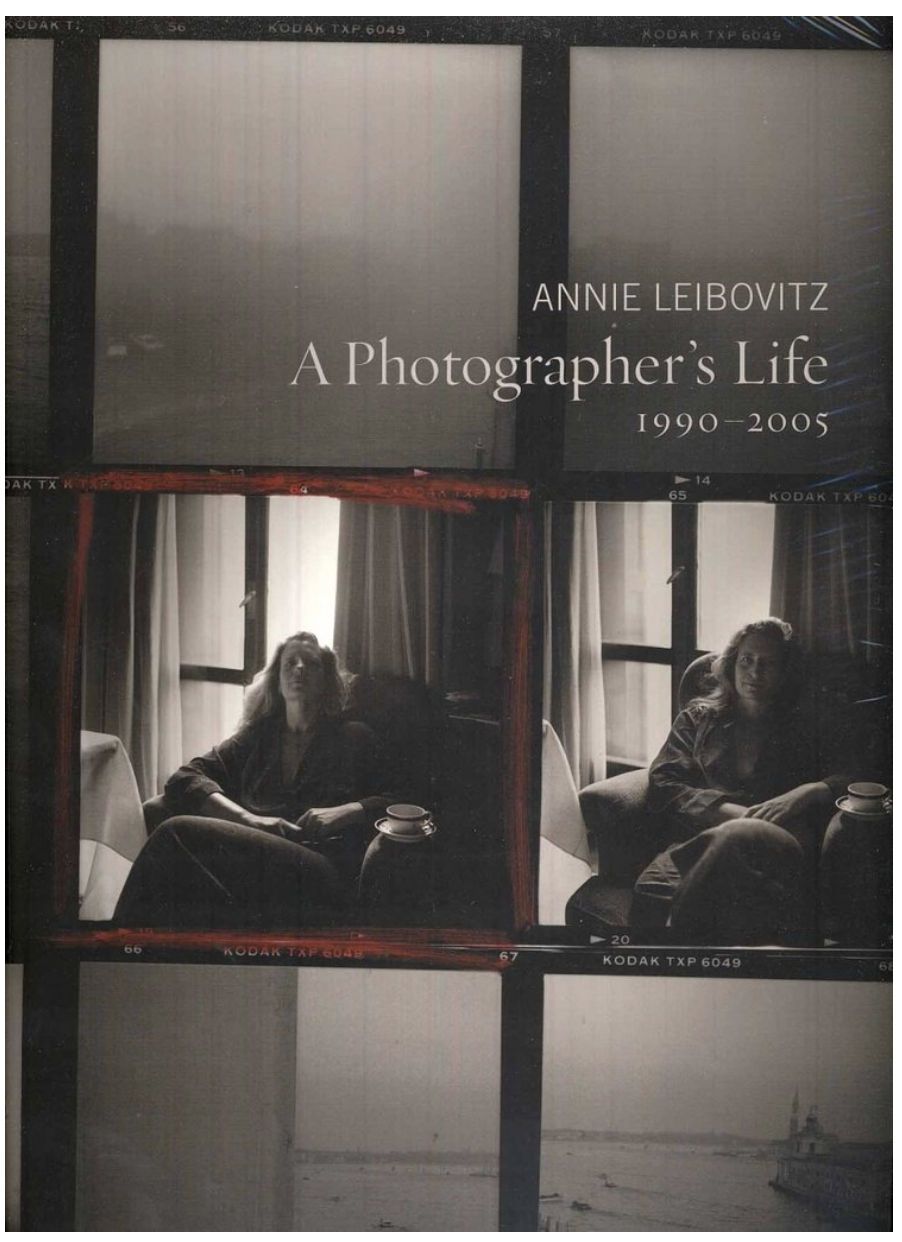