Since 2018, Cobra Kai has captured the hearts of dedicated Karate Kid fans all over the globe, which is why it makes for the perfect DIY Halloween costume! Yes, we’re going to help transform you into a kick a** martial arts star. Now, we’ll leave the decision up to you whether you want to recreate Daniel LaRusso (Ralph Macchio) or Johnny Lawrence (William Zabka) character. Luckily, we provided a wig for both in our DIY list, below.

Creating your own Cobra Kai costume will make you a stand-out at any Halloween event. And hey, maybe it’ll inspire you to take up martial arts in real life. If you’re not feeling that ambitious, hopefully, you’ll tune into the Emmy-nominated Netflix series, as the fifth season was just released on Sept. 9. Cobra Kai – a sequel to the cult classic movie, The Karate Kid – takes place 34 years after the All Valley tournament that changed Daniel and Johnny’s lives forever. Without giving anything away, we will tell you that the series begins with Daniel and Johnny’s longstanding rivalry being reignited after Johnny reopens the infamous Cobra Kai dojo as part of his redemption mission.

Now that you’ve got the basics down, let’s get to shopping! Below are our six DIY picks to create the ultimate Cobra Kai Halloween costume. Take a deep breath and have fun, because we did all of the work for you! Keep in mind that the core item of this costume is a black karate outfit and some sort of Cobra Kai accessory. So, you can mix and match, and choose which items fit your style. 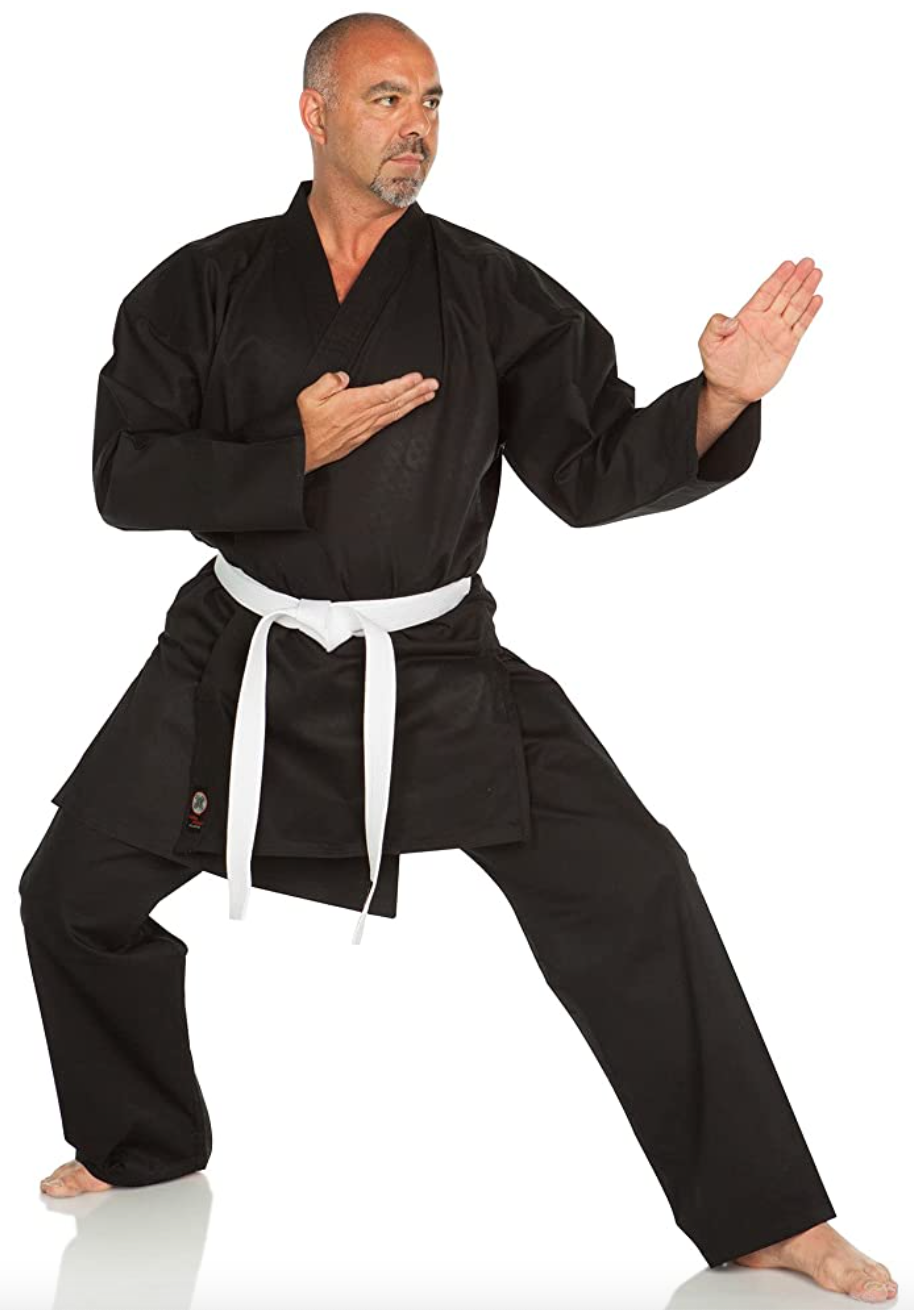 This Ronin Karate Gi Suit is a necessity to make a Cobra Kai costume. You can’t be a martial arts star without a martial arts uniform. We picked this particular top and bottom because it ranges in sizes from adults to children. It’s super comfortable with an elastic waistband so you can kick butt on Halloween night with ease. (While it comes with a belt, we’ve provided you with a couple more options down below). $38, amazon.com

2. A Blonde or Brunette Wig 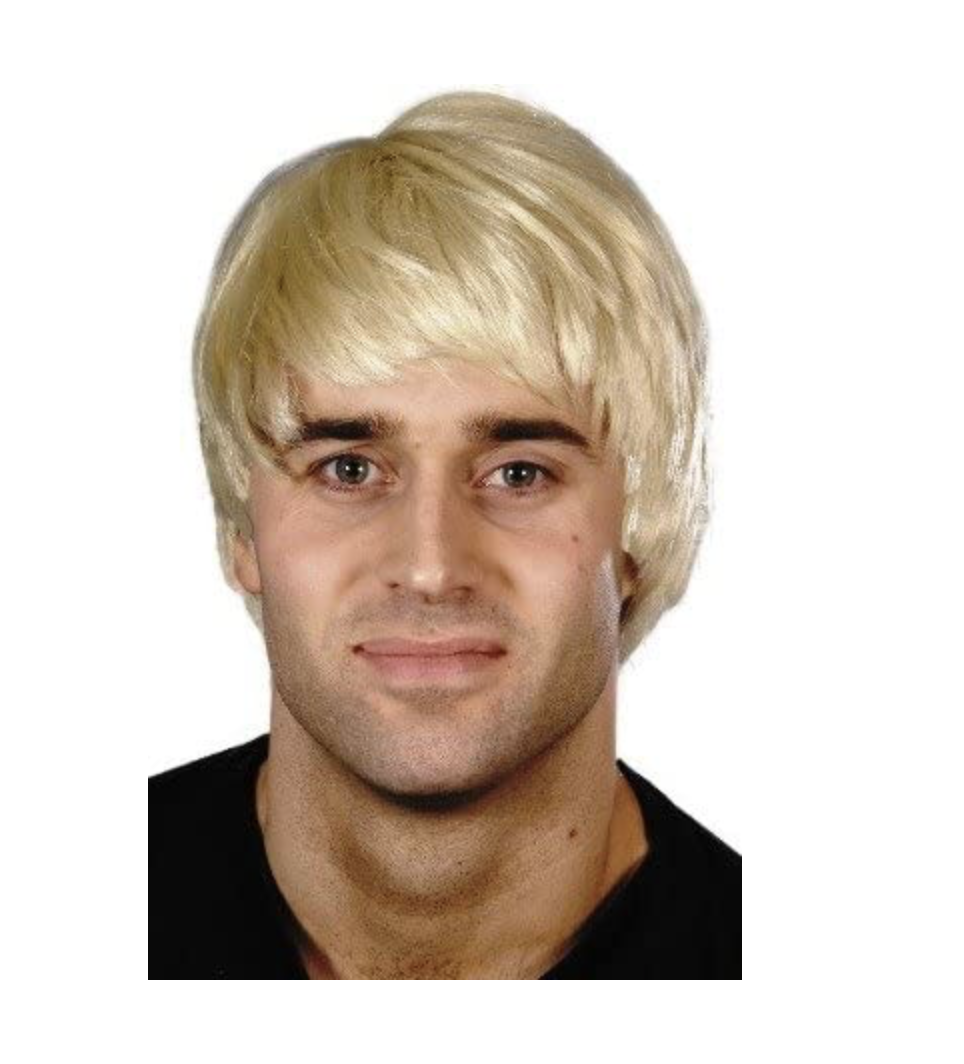 This Smiffy’s Wig (one size) is totally optional, however, it’s on sale for less than $25. If you’re truly dedicated to emulating Daniel or Johnny’s look, this short, pull-on wig is the way to go. $15, amazon.com 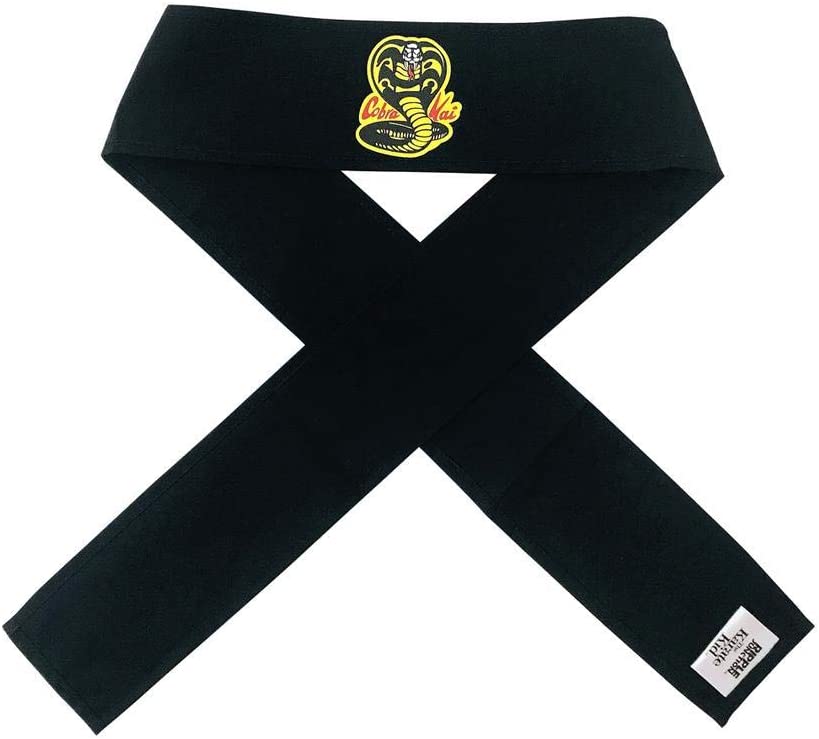 Related: ‘Cobra Kai’ Ending With Season 6: Everything We Know So Far

Our favorite! Every karate pro needs a stylish headband. This Cobra Kai Headband (unisex) doubles as a workout band and it can be styled in multiple ways. Bonus: This headband is super easy to clean because of its absorbing material. $13, amazon.com 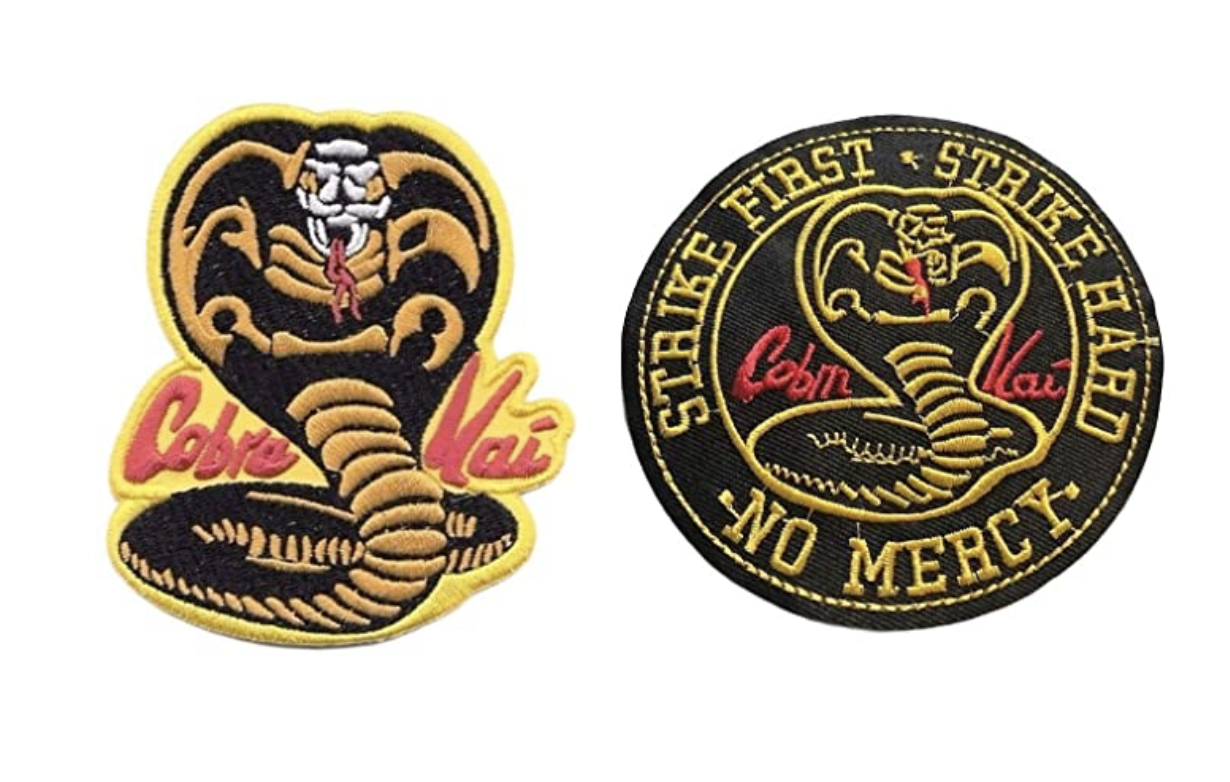 Make your costume legit and authentic as ever with these top rated Cobra Kai Patches. You can easily customize your martial arts uniform by adding these detailed designs in the place(s) of your choice. That way, everyone will know who they’re dealing with on Halloween night. $11, amazon 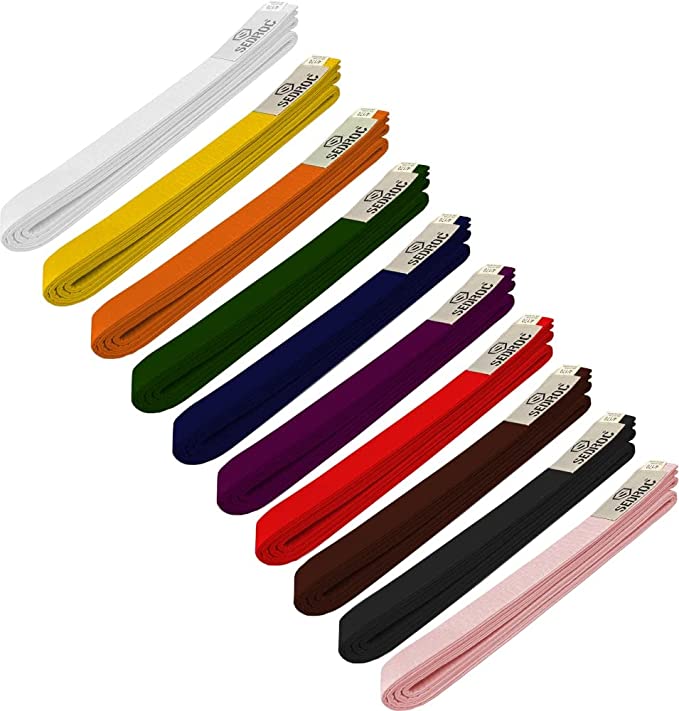 For those who love accessories, these Sedroc Karate Belts are a nice touch for any Cobra Kai costume. While they’re an optional item, these belts (sizes: 0 to 9) are an easy way to brag about your level of karate expertise. $10, amazon