Ray Fisher has taken to social media to confirm that he will not be reprising his role as Cyborg/Victor Stone in 2022’s The Flash. The 33-year-old has played the character in past DC films Batman v Superman: Dawn of Justice
Cyborg and Justice League. “I have received official confirmation that Warner Bros. Pictures has decided to remove me from the cast of ‘The Flash’. I strongly disagree with their decision, but it is one that is unsurprising,” he wrote in the lengthy letter posted to his Twitter on Jan. 14.

The actor went on to explain that he had written to WarnerMedia on Dec. 30 saying that he could not work with President of DC Films Walter Hamada. “I cannot — with a clear conscience — participate in any production association with the current President of DC Films, Walter Hamada, he wrote, alleging that the executive had purposefully attempted “to undermine the Justice League investigation.” In July 2020, Ray went viral for speaking out against Justice League director Joss Whedon, 56, claiming his treatment of the cast and crew was “gross, abusive, unprofessional and completely unacceptable.” In Ray’s most recent essay, he noted his character’s role was “much larger than a cameo” in the new Flash film, which stars Ezra Miller in the title role.

Joss Wheadon’s on-set treatment of the cast and crew of Justice League was gross, abusive, unprofessional, and completely unacceptable.

He was enabled, in many ways, by Geoff Johns and Jon Berg.

“No one, in any profession, should have to argue with their employer for their claims of abuse, racism, and discrimination to be taken up the proper chain of command,” Ray also alleged. WarnerMedia has responded to Ray’s allegations via a statement. “As has been previously stated, an extensive investigation was conducted by an outside law firm, led by a former federal judge who has assured WarnerMedia that there were no impediments to the investigation,” the said to our sister site Deadline Hollywood. “Last summer, Mr. Fisher was offered the opportunity to reprise his role as Cyborg in The Flash. Given his statement that he will not participate in any film associated with Mr. Hamada, our production is now moving on,” they said. Learn more about Ray here.

1. He spoken out against Joss Whedon more than once. On Monday, June 29, Ray reposted of a video of himself from Comic-Con 2017 speaking about Joss after he stepped in for director Zack Snyder to finish Justice League. “I’d like to take a moment to forcefully retract every bit of this statement,” Ray tweeted. In the original video, Ray said: “Joss is a good guy, and Zack picked a good person to clean up and finish up for him,” while sitting next to co-star Jason Momoa Zack originally stepped away from the film due to a family death.

I’d like to take a moment to forcefully retract every bit of this statement: pic.twitter.com/1ECwwu6TG1

2. He’s best known for playing Cyvorg/Victor Stone. Ray was announced to be joining DC’s Justice League film series in April 2014, originally making his debut alongside Ben Affleck and Henry Cavill in Batman v Superman: Dawn of Justice. He reprised the role in 2017’s Justice League, starring with both Ben and Jason, as well as Gal Gadot’s Wonder Woman and Ezra Miller’s the Flash. The well-loved character is a founding member of the Justice League, a star athlete who became part robot and part human after a tragic accident.

3. He got his start in theatre. Prior to his roles on the big screen, Ray trained at the Shakespeare Theatre of New Jersey. He played Tom Robinson in their production of To Kill A Mockingbird, in addition to appearing in Macbeth. He later gained notoriety playing the legendary boxer Muhammad Ali in play Fetch Clay, Make Man, gaining 20 pounds for the role. “I started eating anything I could get my hands on. I was eating steaks for breakfast,” Ray explained in a 2013 interview with The New York Times. “Protein drinks on top of that. Ali never lifted weights. But he had a naturally bigger frame than I did, so in order for me to get to his size I had to lift — bench presses, curls, squats, calf raises. I had to get used to a new body.” 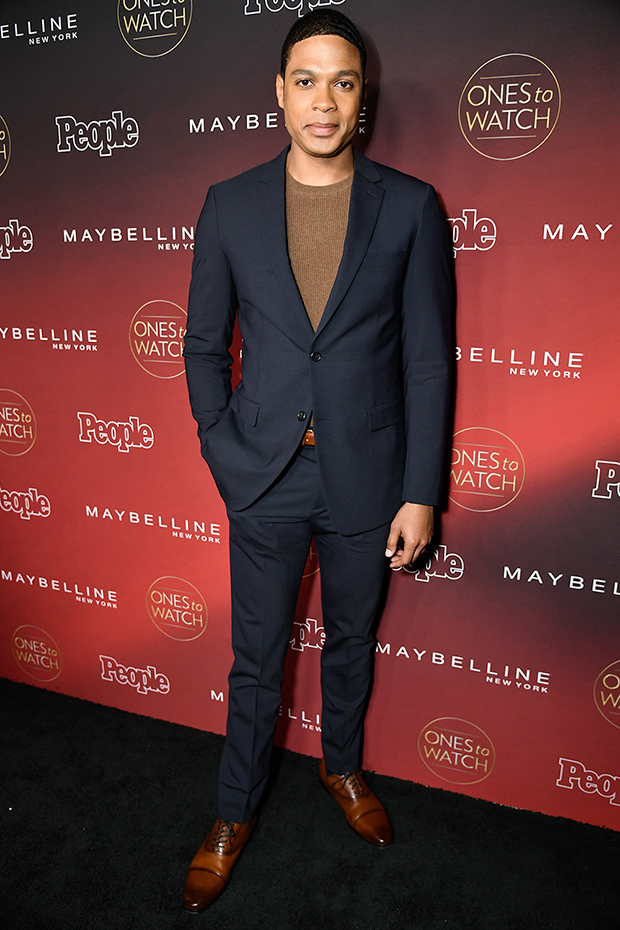 4. He grew up in New Jersey. Ray was born in Baltimore, but primarily grew up in Lawnside, New Jersey. He discovered theatre at Haddon High School, going on to attend the American Musical and Dramatic Academy in New York.

5. He tested for a major part in Star Wars: The Force Awakens. Ray was one of the many finalists for the role of Finn in the 2015 film, according to our sister site Variety. The role eventually went to John Boyega, 25. It’s a good thing he didn’t get cast. We can’t imagine anyone else as Cyborg?

HollywoodLife has reached out to Ray and other Justice League cast members for comment.