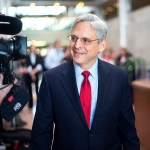 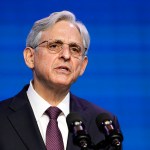 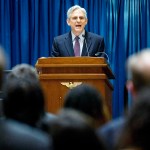 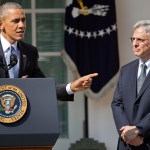 Merrick Garland has been confirmed by the Senate as our new U.S. attorney general. Learn five facts about President Biden’s choice for the vital position.

Roughly five years after he was nominated by former President Barack Obama to fill the Supreme Court seat once held by Antonin Scalia, Merrick Garland finally got a Senate confirmation hearing and came out with a new job!  On Mar. 10, the U.S. Senate voted voted 70-30 to confirm Garland as the new United States Attorney General. Garland was nominated to the position by then-President-Elect Joe Biden on Jan. 7. As Merrick will be sworn in on Mar. 11 as head of the U.S. Justice Department, learn more about the former judge and attorney.

On January 6, reports surfaced confirming that President Biden would nominate Merrick Garland to the appointment of Attorney General for the Department of Justice. Based on new remarks from the former judge, he already has a plan for his first few days. “If confirmed, I will supervise the prosecution of white supremacists and others who stormed the Capitol on January 6 — a heinous attack that sought to disrupt a cornerstone of our democracy: the peaceful transfer of power to a newly elected government,” Garland shared in a prepared statement this past weekend, per CNN.

He will also ensure “equal justice under the law,” making it a major cornerstone of his work. “The mission remains urgent because we do not yet have equal justice,” Garland will likely address in his remarks, according to CNN. “Communities of color and other minorities still face discrimination in housing, education, employment, and the criminal justice system.”

Garland’s first major appointment came in 1995, when President Bill Clinton nominated him to a role on the D.C. Circuit Court of Appeals, per USA Today. Although he did not fill the position upon his first nomination, due to Senate Republicans opposing the appointment on “technical grounds,” per USA Today, he eventually was approved in 1997 when he was renominated. He served on the bench for roughly 20 years before becoming chief judge.

Before his time on the D.C. Circuit Court of Appeals, Garland clerked on the Second Circuit Court of Appeals and later for Supreme Court Justice William Brennan. He has also practiced corporate litigation at Arnold & Porter in Washington D.C., before becoming partner in the mid-1980s. Garland left the private sector and returned to public service and the Department of Justice soon after.

Merrick Garland Was Previously Nominated To The Supreme Court

In 2016, then-judge Merrick Garland was at the center of a Supreme Court appointment that never came to fruition. President Obama initially nominated Garland to fill the seat left by the late Justice Scalia following his death in February 2016. Republicans, however, denied Garland the seat. At the time Republicans had control of the chamber, and argued that Supreme Court vacancies should be filled by the next president during an election year. Garland never had his confirmation hearing as consequence. Former President Donald Trump went on to nominate Neil Gorusch to fill the seat, and the GOP-controlled Senate confirmed him in 2017.

Garland married his wife, Lynn Rosenman, in 1987. Lynn also comes from a family who practiced law. The couple share two daughters — Rebecca and Jessica. Both young women are graduates of Yale University. Jessica appears to have an affinity for the law, as well, and is seemingly following in her father’s footsteps, per her LinkedIn page.

Garland attended Harvard University for both undergraduate studies and law school. He graduated in 1977 before heading to Washington D.C. to work as a clerk for the Court of Appeals for the Second Circuit.