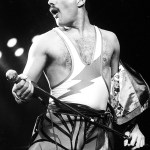 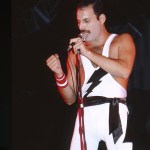 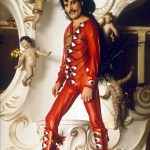 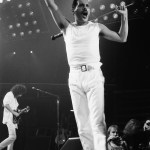 Mary Austin was a huge force and inspiration to the late Freddie Mercury of Queen, who is being remembered 28 years after his death in the new ABC special, ‘The Show Must Go On: The Queen + Adam Lambert Story’. Here are five things you should know about her.

Freddie Mercury, the former lead singer of the highly successful band, Queen, made a major impact in the world of music and one of the most important people in his life was his ex-fiancee and best friend, Mary Austin. Mary became romantically involved with Freddie over a period of time before the legendary artist revealed he was bisexual (she thought he was gay) and they then turned into the best of friends. In the midst of ABC’s new television special, The Show Must Go On: The Queen and Adam Lambert Story, which takes a look at the present days of Queen with its new lead singer, Adam Lambert, as well as the past days with Freddie, 28 years after his death, we’re reflecting on who Mary was and why she was so prominent to one of the biggest rock bands of all time. Here’s everything you need to know about her.

1.) She first met Freddie in the early 1970s. The duo met through guitarist Brian May and had a long-term relationship that lasted a few years before Freddie started an affair with a male American Elektra Records executive. The singer told Mary that he was bisexual in 1976 and it’s what ended their romance.

2.) Freddie remained close friends with her throughout his life and she even inspired many of Queen’s most popular songs. “Love of My Life” is one of the band’s most recognizable songs that was inspired by Mary and Freddie wasn’t shy about how deeply he felt for her, even after they were no longer romantically involved. “All my lovers asked me why they couldn’t replace Mary [Austin], but it’s simply impossible,” he said in a 1985 interview. “The only friend I’ve got is Mary, and I don’t want anybody else. To me, she was my common-law wife. To me, it was a marriage. We believe in each other, that’s enough for me.”

3.) Freddie left her half of his $75 million estate at the time of his death in 1991. That amount included his 28-room London mansion, which she still lives in to this day. She received even more after the success of the Queen-inspired Academy Award-winning film, Bohemian Rhapsody, which was released in 2018, and is reportedly expected to inherit more than $50 million since she now owns more than 75 percent of his estate, according to Biography.

4.) She got married and started a family while she was Freddie’s friend. Mary had two sons, with former boyfriend Piers Cameron, a painter. Richard was born first and Freddie became his godfather, and Jamie, her second son, was born after Freddie’s death. Mary never married Piers but did go on to marry businessman Nick Holford, whom she divorced after five years.

5.) She’s the only person in the world to know where Freddie’s ashes are. At the request of Freddie, Mary put his ashes in a private location after his death of AIDS induced bronchial pneumonia on Nov. 24, 1991, and she has always vowed to never tell anyone their whereabouts.