Ghislaine Maxwell – the confidante and ex of convicted sex offender Jeffrey Epstein – will likely spend the next two decades in prison, after being sentenced to 20 years on Jun. 28, 2022. The judge also imposed a $750,000 fine, which is the maximum under the law. If the conviction is upheld, with regard to good behavior and credit for the two years she has spent in jail, she could leave prison in her late 70s, according to the New York Times.

Ghislaine was found guilty by a federal jury in Manhattan on Dec. 29, 2021, on five out of six counts related to her participation in Jeffrey’s sexual abuse of minor girls. Her crimes included conspiring with the disgraced financier to recruit, groom, and abuse underage girls from the period between 1994 and 2004.

After her notorious lover was found dead in his NYC prison cell in August 2019, the British former socialite evaded the public eye until she was finally arrested in Bedford, New Hampshire in July 2020. During her trial, which began Dec. 6, 2021, she pleaded not guilty to the six federal charges, which included sex trafficking of a minor, transporting a minor with the intent to engage in criminal sexual activity, three related counts of conspiracy, and enticing a minor to engage in illegal sex acts. She was not convicted on one count: enticing a minor to travel to engage in illegal sex acts. 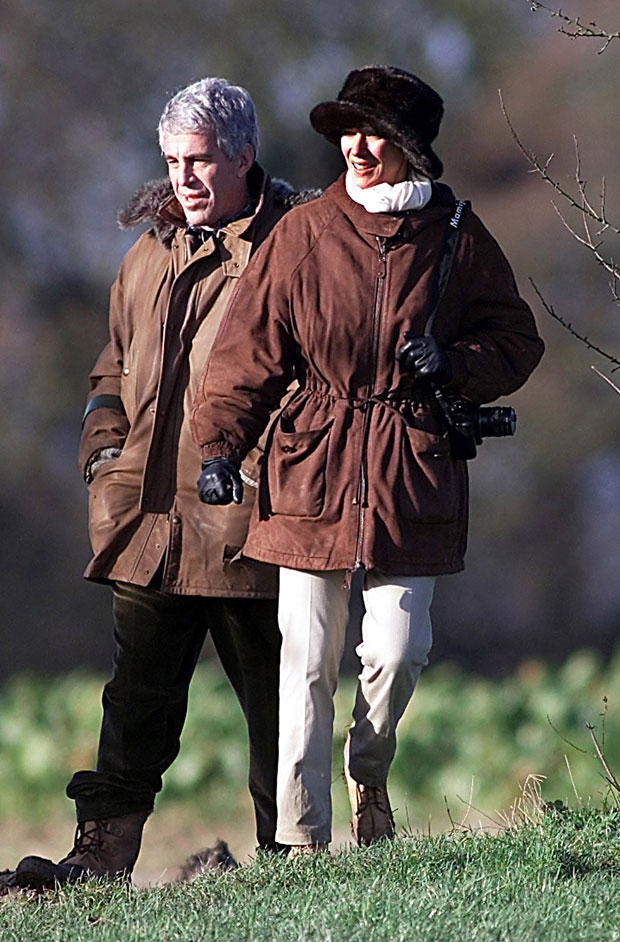 Former lovers, Jeffrey Epstein and Ghislaine Maxwell. Like her now deceased ex, the Brit was accused of multiple sex trafficking charges. (Shutterstock)The sentencing comes over two-a-a-half years after the premiere of the Netflix docu-series, Jeffrey Epstein: Filthy Rich, which focused on Maxwell’s ex who also faced charges of sex trafficking minors. Many of his alleged victims accused her of being an active participant and accomplice. At least one of them has accused Maxwell of threatening them after they went to law enforcement.

Maxwell’s lawyer has not responded to HollywoodLife’s request for comment about the sentencing. Here’s what else you need to know about her:

1. She is a well-connected British former socialite.

Born in France and raised in the U.K., Maxwell is the youngest of nine children. The Oxford-educated socialite has partied with royalty and world leaders including, Prince Andrew and former U.S. Presidents Bill Clinton and Donald Trump, as well as former First Lady, Melania Trump.

2. Her father died in suspicious circumstances.

Maxwell’s dad, Robert Maxwell, once owned the New York Daily News and Britain’s Mirror Group Newspapers. He died in November 1991 after falling off his yacht, Lady Ghislaine, off the Canary Islands. His official cause of death was a heart attack and accidental drowning, although conspiracy theorists believe he either committed suicide or was murdered, according to The Guardian. After his death Robert Maxwell was accused of plundering the Mirror Group’s pension funds of around £460 million.

3. Where did Maxwell and Epstein meet?

Maxwell reportedly met Epstein after relocating to New York in the 1990s following her father’s death. “Her family’s wealth, status and influence considerably depleted, Maxwell found something of a replacement in her relationship with Epstein,” according to The Guardian.

4. She filed a lawsuit against Epstein’s estate.

In court docs filed in the U.S. Virgin Islands, she says that she had “no involvement in or knowledge of Epstein’s alleged misconduct” and is asking for money to pay for her security costs because she allegedly “receives regular threats to her life and safety.”

5. She was rarely seen in public after Epstein’s death.

In 2019 she was photographed outside a Los Angeles In-N-Out Burger restaurant shortly after Epstein’s death in an image published by the New York Post. She was finally arrested in July 2020. In April 2021 her attorney released a photo of her sporting a black eye while awaiting trial in a Brooklyn federal prison. Maxwell told her attorneys she didn’t know how she acquired the bruise, according to the New York Daily News.