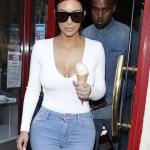 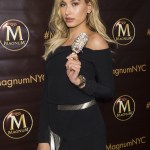 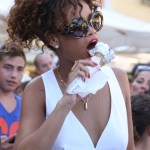 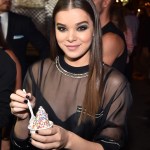 July 21 is National Ice Cream Day, so before you go out and snag some sweet deals and freebies, check out these photos of celebs eating the yummy treat!

Happy National Ice Cream Day! Even celebs like to indulge in ice cream every once in a while, and we’ve gathered up photos of stars chowing down on the sweet treat in honor of this holiday. Kim Kardashian, 37, is known for keeping a strict diet, so while she probably doesn’t choose ice cream as her go-to snack that often, she’s been caught with a cone-in-hand in the past! Even her model sister, Kendall Jenner has indulged in the goodness before!

The photos in the gallery above show some stars, like Rihanna, smack dab in the middle of licking on their ice cream treat. Of course, she looks amazing doing it! Others show celebs just holding the sweet dish in between licks. Heidi Klum even took her ice cream cone in the ocean with her! Meanwhile, Hailey Baldwin and Dove Cameron turned their ice cream sessions into props for red carpet photos, looking perfect as ever while posing with their dessert.

But ice cream tastes even better with a friend. Ashley Tisdale has teamed up with her fellow former Disney darlings Aly & AJ to indulge in the frozen dessert on an outing in Malibu. Emma Roberts has dug into a cup of the tasty treat while out with her mother, Kelly Cunningham.

It’s summertime and it’s hot outside, so get out there and go cool off with some ice cream of your own! Until then, though, click through the gallery above to check out stars who’ve done the same — it’s proof you can look amazing AND indulge in a not-so-healthy snack every once in a while! It’s all about the moderation, people!