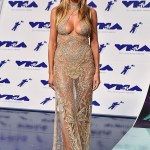 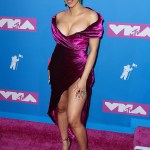 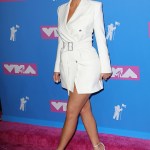 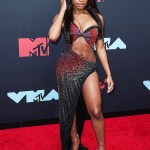 In honor of the 2019 MTV Video Music Awards, we rounded up the sexiest VMAs red carpet looks of all time!

With the 2019 MTV Video Music Awards airing live from Newark, New Jersey on Monday, August 26, we took a trip down memory lane and rounded up the sexiest looks of all time. From Jennifer Lopez’s sparkly silver Charbel Zoe cutout gown back in 2014 to Demi Lovato’s completely sheer Zuhair Murad jumpsuit back in 2017, there have been so many sexy outfits throughout the years which you can see when you click through the gallery above.

JLo, 50, has rocked a ton of sexy looks at the VMAs throughout the years but there have been a few outfits that seriously stuck out. Not to mention, at last year’s award show in 2018, she performed and received the Video Vanguard Award, so she managed to wear a ton of different looks in one night alone. Perhaps one of her most famous looks, though, was her all-white ensemble from 2000, when she opted to wear a full Sean John outfit, which was the clothing brand of P. Diddy, who was her boyfriend at the time. She rocked a tiny little white bralette with low-rise white flared jeans and accessorized with a chain belt, a bedazzled bandana, diamond hoop earrings, and a diamond belly ring.

Another one of the most famous VMAs outfits came from Lil Kim back in 1999. The rapper arrived on the carpet in a sheer, sequin embellished purple jumpsuit designed by Misa Hylton-Brim, her stylist at the time. The jumpsuit was not only sheer, but it was also skintight and one side of the chest was completely cut out, revealing her bare breast. The only thing covering up her nipple was a big purple sequin pasty.

Miley Cyrus, 26, also made the list of sexiest looks of all time, as the singer arrived at the show in 2015 wearing suspenders and nothing else. She chose not to wear a shirt, opting for just metallic silver suspenders, which just managed to cover her completely bare breasts. As for the bottom half of her outfit, she rocked a silver chain skirt which was also completely see-through, revealing her behind.

These are just a few of the many sexy looks from the VMAs throughout the years and you can click through the gallery above to see them all!