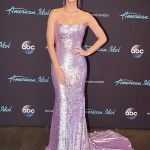 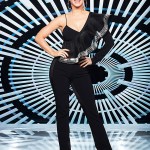 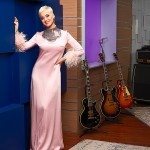 Katy Perry is the ultimate fashionista on ‘American Idol!’ Before the show returns for season 2, let’s take a look back at Katy’s sexiest ‘American Idol’ looks ever!

Ever since her early days in the entertainment business, Katy Perry, 34, has always brought her fashion A-game. The singer is quirky and fun when it comes to her style, so you never know what you’re going to get with Katy. She’s also not afraid to take risks with her fashion. Katy has showcased so many incredible and sexy looks on American Idol.

Even though she’s usually behind the judges’ table, Katy has rocked some of the sexiest American Idol looks ever. During the first season of the Idol reboot, Katy dazzled in a lavender sequined dress. Katy is the sequin queen! The strapless gown fit Katy like a glove! With her blonde pixie cut and bold makeup, the dress was absolutely perfect!

She sizzled at a number of promotional events for the show. The “I Kissed A Girl” singer stepped out in a metallic purple dress in 2017 for Good Morning America and then rocked a see-through jumpsuit at the show’s TCA winter press tour day in 2018. When Katy appeared on American Idol itself, the singer took her style up a notch.

From a rainbow-colored jumpsuit to skintight mini dresses, the newly-engaged star never ceases to amaze us with her looks. She’s turning up the heat in season 2 as well. In promotional photos for the new season, Katy wowed in a long-sleeve pink gown and feathered mini dress. Never underestimate the power of Katy’s fashion senses!

American Idol season 2, which includes judges Lionel Richie and Luke Bryan, as well as host Ryan Seacrest, premieres March 3 at 8 p.m. on ABC. A whole new set of singers will be vying for a second chance to make it big. Take a look at more of Katy’s sexiest American Idol looks so far!