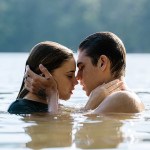 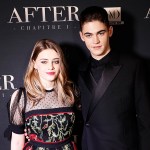 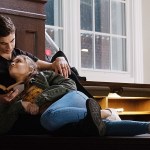 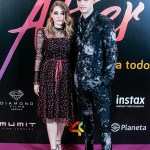 ‘After We Collided’ is now available in the U.S. and that means Hardin and Tessa are back. As we celebrate the sequel’s release, let’s take a look at some of the best photos of Josephine Langford and Hero Fiennes Tiffin.

The long-awaited After sequel, After We Collided, is now available in select theaters and On Demand in the U.S. Hardin and Tessa’s love story continues in After We Collided, and they’re taking their romance to a whole new level. Hero Fiennes Tiffin, 22, and Josephine Langord’s chemistry is hotter than ever in the sequel.

Whether they’re on-screen or off-screen, Hero and Josephine, 23, make our hearts melt. While they haven’t had the usual promo tour for After We Collided because of the COVID-19 pandemic, there’s more than enough Hero and Josephine content to go around. During their last tour for the first After movie, Hero and Josephine stunned at each and every event. They brought their fashion A-game and slayed every time they posed together.

In the first After movie, Josephine and Hero really showed why they were the only two people who could have ever played the beloved Tessa and Hardin. Their chemistry is to intense. From Tessa and Hardin’s first meeting to seeing their relationship turn up the heat, there’s no one quite like the couple at the center of After.

Who can forget Tessa and Hardin’s first kiss at the lake? You could feel the chemistry through the movie screens across the world. Or when Hardin asked Tessa if she had ever been touched before? Excuse us while we pick our jaws up off the floor and stop blushing.

When HollywoodLife spoke EXCLUSIVELY with author Anna Todd about casting Josephine and Hero ahead of the first movie, she gushed: “When the camera turns on they have so much chemistry… We got really lucky with those two. We hit the jackpot.”

Josephine and Hero are not together in real life, but they can recognize their amazing on-screen chemistry. “I think chemistry is just about two people being comfortable with one another,” she told V magazine. “I was so lucky that Hero is so sweet, and we were just so comfortable with one another—especially with something like this, where there are so many intimidating scenes. [But] that just wasn’t an issue with us.”

Fans have been waiting patiently for the next adaptation in Anna’s bestselling series, and the After love is far from over. The third and fourth After movies have already been confirmed, and Josephine and Hero are already filming the third movie.