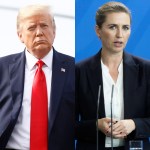 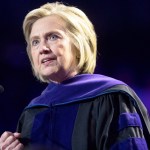 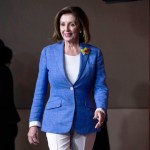 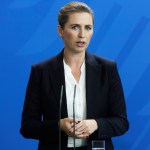 Women that Donald Trump feels threatened by get called one thing: ‘nasty.’ And now, Danish PM Mette Frederiksen is among the other powerful women who have gotten in his path.

Denmark’s Prime Minister, Mette Frederiksen, is the latest recipient of United States President Donald Trump‘s favorite insult: “nasty.” Frederiksen had called Trump’s desire to purchase Greenland, an autonomous Danish territory, “absurd,” and because of that, Trump insulted the prime minister, and abruptly cancelled his upcoming state visit to the Scandinavian nation.  Trump responded by telling reporters on the White House lawn on August 21 that Frederiksen had made a “nasty and inappropriate statement. I thought it was a very not nice way of saying something. They could have just told me no. All they had to say was we’d rather not do that. Don’t say, what an absurd idea that would be. It was not a nice statement, the way she blew me off.”

Frederiksen responded later that day by saying she was “surprised and disappointed” by Trump’s decision to cancel his September 2 visit, but hoped that Denmark and the United States could continue to have an open and friendly alliance. “I had been looking forward to the visit. Our preparations were well underway. It was an opportunity, I think, to celebrate Denmark’s close relationship to the US… This does not change the character of our good relations,” Frederiksen told reporters at a press conference.” Frederiksen is far from the only woman in a position of power whom Trump has referred to as “nasty.” Like Frederiksen, women who speak out against him and his administration are dubbed a “nasty woman,” derided for making “nasty” comments, and more.

Just ask Hillary Clinton, Meghan Markle, Nancy Pelosi, Carmin Yulín Cruz, Elizabeth Warren, and Kamala Harris. They have all been targets of Trump’s ire — and those are just the ones we know about. And it’s simply because they dared to say something he disagreed with.

Trump says that Danish Prime Minister Mette Frederiksen's comment that his idea of buying Greenland is 'absurd' was "nasty" and a "very not nice way of saying something."
Via TicToc pic.twitter.com/gOZ7CAa21X

Scroll through our gallery above to see the specific reasons why each woman was called “nasty.” And keep checking back, because we assume we’ll have to continue updating this throughout the rest of his presidency.