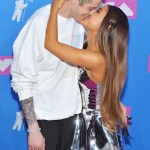 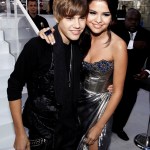 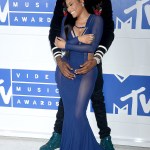 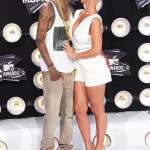 The VMAs are a perfect date night for celebrity couples, and plenty of our favorite stars have packed on the PDA at the show over the years!

The 2019 MTV Video Music Awards are upon us, and as we gear up to see all the celebrities who attend the star-studded event, we’re looking back at some of the most memorable famous couples who’ve walked the red carpet in years’ past. These stars haven’t been shy about show love to one another for the cameras at this award show, and it’s provided us with some pretty adorable photos. Some of these couples may not be together any longer, but we’ll always have their VMA PDA to remember them by.

Ariana Grande and Pete Davidson were just a few months into their short-lived relationship at the 2018 VMAs, and they were definitely still in the honeymoon phase. They proved it by stealing kisses and constantly smiling at each other as photographers snapped their photos. In 2016, Kim Kardashian even got her hubby, Kanye West, to giggle on the red carpet. The two gazed into each other’s eyes and laughed it up, and their sweet moment was captured on camera.

At the 2011 VMAs, Justin Bieber and Selena Gomez were in the ‘on-again’ phase of their relationship, and they looked too cute for words at the show. Sel hosted the red carpet at the event, and Justin was so supportive of her as she nailed the gig. Aww!

There’s more celeb VMA PDA moments where these came from, including Chrissy Teigen and John Legend, Bella Thorne and Gregg Sulkin and more. You can check them out in the gallery above. The 2019 VMAs air on Aug. 26 at 8:00 p.m. on MTV.