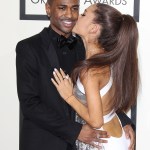 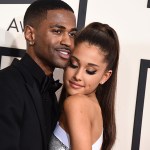 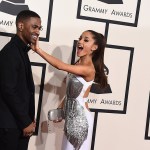 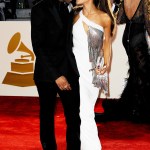 Before Big Sean & Ariana Grande were spotted reuniting outside of a recording studio in LA this week, the two had so may cute moments together when they were a couple!

Ariana Grande, 25, and her ex Big Sean, 30, were seen reuniting outside a Los Angeles recording studio on Feb. 27, and while the two exes left together in his car, there are many possible explanations for their nighttime rendezvous — perhaps they are simply recording new music together! Let’s take a stroll down memory lane and relive their cutest couple moments together in our gallery above.

While Ariana and Big Sean were rumored to have started dating in Aug., 2014 when they were spotted holding hands backstage at the MTV VMAs, their relationship was finally confirmed in Oct., 2014. “He is one of the most amazing men in the whole world, and that includes my grandfather and my brother. I think the world of him, and he’s an amazing person. That’s kind of all there is to it,” she told the Telegraph at the time. During their nine months together, the two attended multiple red carpets as a couple, and even performed with one another. Not only did they cozy up on-stage at the 2014 KIIS FM Jingle Ball in Dec. 2014, they had the sweetest red carpet PDA at the 2015 Grammys in Feb., 2015. However, by Apr. 2015, the two eventually split. “They both deeply care for each other and remain close friends,” the pair’s reps told HollywoodLife.com in a joint statement. “We kindly ask that the media respect their wish for privacy regarding this personal matter at this time.”

Meanwhile, since pictures surfaced of their reunion, and amid a flurry of fan speculation about why they were spotted together, Big Sean is open to a possible getting back together. “Big Sean never imagined he would be hanging out with a single Ariana again. He never stopped caring about her and is definitely still attracted to her,” a source tells HollywoodLife EXCLUSIVELY. “He feels bad about how things ended and although they’re just hanging out as friends, he would love the opportunity to give their relationship another shot when the time is right.”