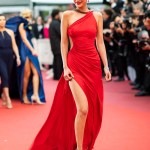 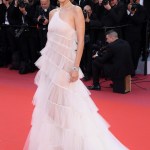 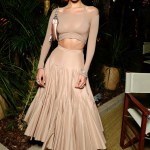 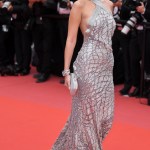 Bella Hadid always slays at the Cannes Film Festival and 2019 was no exception. We’ve rounded up some of the sexiest gowns she’s ever worn to the event.

The Cannes Film Festival is always a treat for fashion lovers as plenty of stars flock to the French Riviera wearing some of the most glamorous gowns we’ve ever seen. But there’s one celebrity who consistently brings her style A-game to the various movie premieres, and that’s Bella Hadid. The model, 22, has worn everything from princess-esque ball gowns to daring thigh-high slit dresses. So in honor of her numerous incredible fashion moments, we’ve rounded up some of the sexiest ensembles she’s ever worn at Cannes.

Bella had no shortage of stunning styles when she attended the festival in 2019. On May 16, Gigi Hadid‘s sister attended the Rocketman premiere in a pretty ruffled Dior dress. The tiered look also featured an asymmetrical halter neckline that allowed for a backless moment as well.

One of Bella’s most iconic Cannes looks came when she showed up to the premiere of The Unknown Girl in 2016 wearing a red Alexandre Vauthier dress with an insanely high slit. She clearly loved the look (girl, same) because she recreated the moment by sporting another red thigh-high slit gown to the Pain & Glory premiere this year. This one-shoulder gown, designed by Roberto Cavalli, had a cut-out on her hip for added sexiness. Head up to the gallery above to see even more of Bella’s best looks from the Cannes Film Festival over the years.