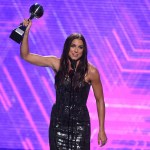 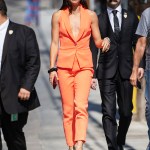 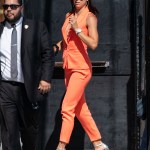 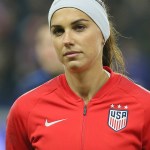 During the FIFA Women’s World Cup game on June 12, all eyes were on Alex Morgan, who scored five goals and helped USA defeat Thailand 13-0 in one of the most memorable moments in the tournament’s history. Here are five things you need to know about her!

The FIFA Women’s World Cup on June 11 was exciting with the U.S. defeating Thailand with a 13-0 score that was due in a large part to Alex Morgan, 29, who scored an incredibly impressive five goals in the match. It was one of the biggest blowouts in the tournament’s history and made U.S. tie with Sweden for one win each, although the U.S. led with the most scores. The Women’s World Cup started on June 7 and is set to go on until July 7 with the U.S. playing Chile and Sweden in the upcoming weeks. Want to know more about Alex who led her team to victory? We’ve put together a list of facts you need to know!

1. Alex, who was born Alexandra Patricia Morgan, is an Olympic gold medalist. The United States team, for which she plays (obviously), beat Japan at the 2012 Summer Olympics after a grueling tournament.

2. Alex was raised with her two older sisters, in Diamond Bar, 45 minutes east of Los Angeles.

3. Alex began playing soccer at a really young age. And she started playing club soccer when she joined Cypress Elite at 14. Later, in high school, “she was a three-time all-league pick and was named All-American by the National Soccer Coaches Association of America (NSCAA),” according to her Wikipedia page.

5. Alex is an American Idol star… sort of. Alongside Abby Wambach, she appeared on American Idol to announce that the season 14 winner would record the official song for Fox’s coverage of the 2015 FIFA Women’s World Cup.