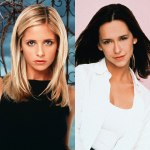 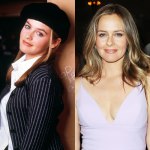 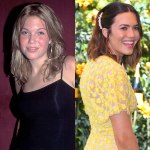 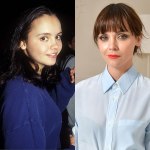 Stars like Sarah Michelle Gellar, Alicia Silverstone, Reese Witherspoon and more have evolved from teen queens and into producers, mothers, and even more famous movie stars! This is what your ’90s idols have been up to, two decades later.

It’s time to play catch-up, because we’re not in the ’90s anymore. The teen queens that ruled the screen during that pre-millennial era are all grown up now, so let’s see where they are in this Gen Z landscape! Let’s start with Sarah Michelle Gellar, 42, one of the most iconic ’90s darlings that comes to mind. By 18 years old, Sarah already nabbed a Daytime Emmy Award for Outstanding Younger Actress in a Drama Series thanks to her role in All My Children. The soap opera served as a launching pad for her biggest television show to date, Buffy the Vampire Slayer, which premiered in 1997. Now that Buffy’s no longer hunting down vampires and other evil creatures, she’s raising two children — Charlotte, born in 2009, and Rocky, born in 2012 — with her husband and fellow ’90s heartthrob, Freddie Prinze Jr., 43! While she took a break from regularly starring on a television series after The Crazy Ones aired its last season in 2014, she is executive producing and starring in two upcoming TV shows: Sometimes I Lie (Ellen DeGeneres is also on-board for the project) and Other People’s Houses.

Jennifer Love Hewitt, 40, is another star synonymous with ’90s fame. She made her big screen debut in the 1997 slasher film, I Know What You Did Last Summer, alongside Sarah! She has since found her groove on the small screen, starring in Ghost Whisperer, The Client List, Hot in Cleveland, Criminal Minds and most recently, 9-1-1, a Fox drama about first responders that premiered in 2018 and is still airing. She married her co-star from The Client List, Brian Hallisay, 40, in 2013 and they welcomed daughter Autumn that same year, and son Atticus in 2015.

Alicia Silverstone, 43, also shared the ’90s teen queen crown with Sarah and Jennifer, thanks to her legendary role as Cher in Clueless. Long after ruling Beverly Hills High School on the big screen, Alicia went on to star in movies like Vamps, The Art of Getting By, and Diary of a Wimpy Kid: The Long Haul. Here’s a fun fact — did you know it was Alicia who voiced the lead teenage character in the Canadian animation, Braceface? She also served as the show’s executive producer! Now, you can watch out for Alicia in Netflix’s upcoming revival of The Baby-Sitters Club, based on the famous novel series. As for her personal life, Alicia married musician Christopher Jarecki, 43, in 2005, and they welcomed a son, Bear Blu, in 2011.

You can scroll through the rest of HollywoodLife’s gallery above to learn where life has taken these teen queens from the ’90s, up until the verge of the 2020s! Reese Witherspoon went on to become one of the highest paid actresses in the world in 2019, Tamera Mowry is now a talk show co-host on The Real, Mandy Moore is still making viewers cry on This Is Us, and Danielle Fishel returned to her ’90s roots in a Boy Meets World spin-off series. And that’s just a brief recap!