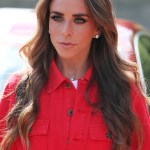 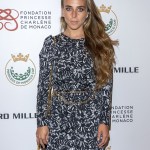 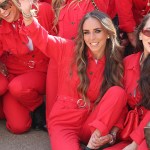 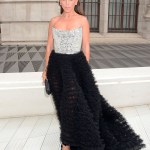 Bio:
Chloe Green (born Chloe Green in England, UK on March 2, 1991) is an actress, socialite and heiress to the popular retail empire, Topshop. She appeared on the UK reality show, Made In Chelsea in 2011. Chloe also appeared in the tv dramas, Doctors [2000], and Secrets and Words [2012]. In 2012, she launched her own shoe and accessory brand, CJG. She also debuted her first collection through Topshop. She was launched further into the spotlight in June 2017, when she was photographed in Turkey, kissing model and internet sensation [labeled “hot felon”], Jeremy Meeks; while he was still married.

Best Known For:
Chloe Green is best known for being the heiress to her father, Sir Philip Green‘s retail empire, including Topshop. She is also known for her highly publicized relationship with “hot felon,” Jeremy Meeks.

Personal Life:
Chloe Green is dating model, Jeremy Meeks. The couple went public with their romance in June 2017, while he was still married to Melissa Meeks. He later filed for divorce when his relationship with Chloe made headlines. Chloe is the daughter of British, billionaire businessman, Sir Phillip Green, who owns the string of retailers, Topshop and Topman. He is also the chairman of the retail company, Arcadia Group. She has a brother, Brandon.

‘Hot Felon’ Jeremy Meeks is reportedly going to be a daddy with his heiress girlfriend Chloe Green. We’ve got the details on the alleged pregnancy.

Chloe Green is scared Jeremy Meeks might cheat on her when spending time away to be with his son, HollywoodLife.com has EXCLUSIVELY learned. Read about the reasons for her fears here!