Katherine Schwarzenegger, 32, documented her family’s busy Thanksgiving weekend on Instagram with rare photos of all her loved ones, including her dad Arnold Schwarzenegger. In the third photo in Katherine’s post, Arnold, 75, sweetly kissed his 6-month-old granddaughter Eloise on the cheek at church for her baptism. Katherine, who shares baby Eloise with husband Chris Pratt, 43, didn’t show her youngest daughter’s face in the photo with Arnold.

Katherine shared another photo of Eloise wearing a knit hat in her car seat next to a bunch of flowers. Katherine and Chris’ older daughter, 2-year-old Lyla, also showed up in a photo where her face was cropped out. Lyla wore a brown dress with white tights and matching shoes. It’s possible Lyla wore that adorable outfit to the family’s Thanksgiving.

Katherine’s mom Maria Shriver and her siblings Patrick, Christina, and Christopher were also present for family photos in the post. Another photo showed Katherine volunteering at a food drive with Chris on Thanksgiving. She captioned the post, “A weekend of yummy food, lots of love, a baptism, first holiday season and family. I am so grateful and thankful for these memories ♥️.” 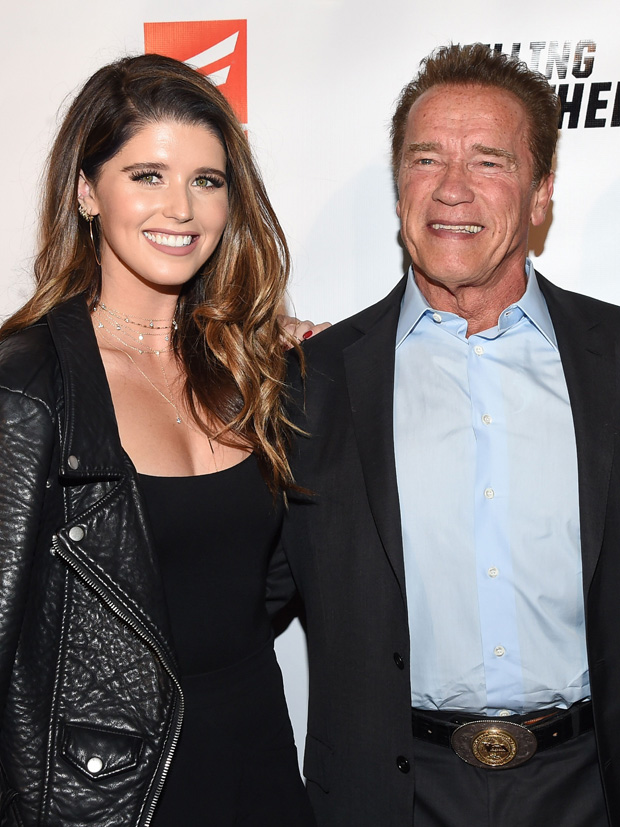 Katherine and Chris welcomed Eloise in May. Chris announced the news on Instagram, and told followers, “We are excited to announce the birth of our second daughter, Eloise Christina Schwarzenegger Pratt. Mama and baby are doing well. We feel beyond blessed and grateful.” The Jurassic Word Dominion actor is also the proud father of 10-year-old Jack, who he shares with his ex Anna Faris.

The Schwarzenegger family regularly gets together, despite Arnold and Maria’s messy split. The A-listers had split up way back in May 2011, after Maria learned that Arnold had an affair with their former housekeeper, Mildred Patricia Baena, which resulted in a son, Joseph Baena, 25. Although Arnold allegedly pleaded with Maria to forgive him, the Emmy Award-winning journalist filed for divorce a few months later. It took 10 years until Maria and Arnold’s divorce was finalized in December 2021.