When Nick Cannon announced that he and Alyssa Scott were expecting another child – his 12th! – everyone got in a few jokes at the Wild ‘N Out creator’s expense. The official account for Chili’s Grill and Bar (and not some poser who paid $8 to Elon Musk) was a little late to the party, but still had a good joke about Nick, 42, having a dozen kids. “Don’t worry @NickCannon, we don’t limit kids meals,” the account tweeted. Nick didn’t waste any time firing back. “Kool,” he tweeted, “we gonna need 12 orders of the ‘baby’ back ribs!!”

We have 12 orders ready (and the 13th waiting just incase)

“We have 12 orders ready (and the 13th waiting just in case),” added Chilis, a good move considering Nick’s prolific streak. On Nov. 3, Alyssa and Nick posed naked in a bathtub as part of their maternity shoot. Cannon cradled the model’s growing baby bump while giving it a sweet kiss. “This is a MIRACLE [and] a BLESSING,” Alyssa captioned the post.

Alyssa announced her pregnancy in October but didn’t reveal the father’s identity at the time. She and Nick had one child together —  their son Zen was born in 2021 — but the boy was only five-months-old when he succumbed to brain cancer. “You can’t heal until you feel,” Nick said of the loss on his podcast. “You don’t just go through it, you grow through it. I have so much faith in the lord, I have so much faith in God. People often tell me to pray for miracles, and I did pray for the miracle — I prayed for the miracle of God’s strength and that’s why I’m here with you guys today.” 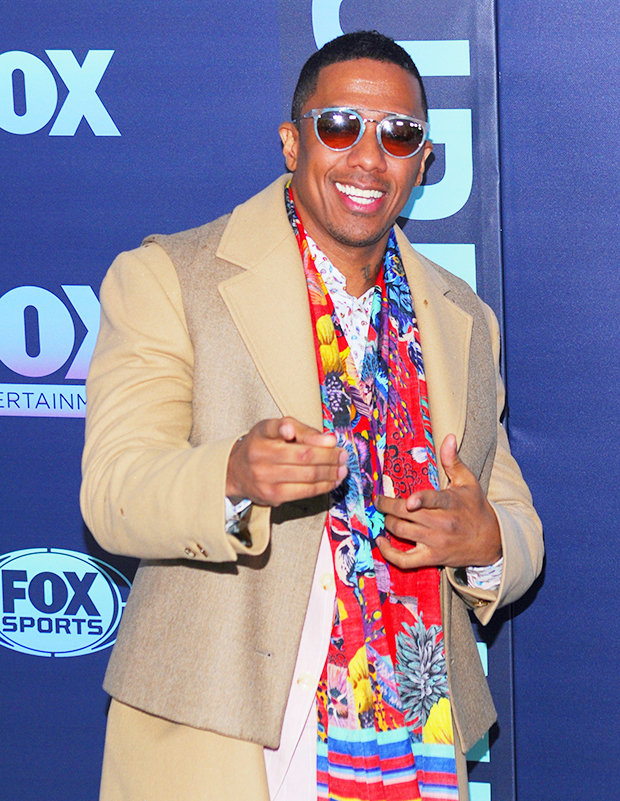 The news of Nick’s twelfth child came on the heels of Abby De La Rosa revealing that she and Nick are having a third child together. She gave birth to their twins, Zillion and Zion, in 2021. It was the news of the eleventh child that prompted Ryan Reynolds to poke fun at Nick. In June, Ryan, 46, had Nick star in an ad for Aviation Gin, Ryan’s award-winning entry into the celebrity spirits market. The commercial was for “The Vasectomy” cocktail. Upon learning news that Nick was receating Cheaper By The Dozen in real life, Ryan tweeted, “We’re gonna need a bigger bottle.”