Hailey Bieber brought her LA style to New York City! The model, 25, touched down in the big apple rocking a black mini skirt and chunky cream sweater under an oversized leather jacket. She added her go-to black loafers (she’s also been seen rocking styles by Prada and Chanel) and white socks for a Y2K vibe, adding a furry yellow clutch by Bottega Veneta. Hailey was in New York ahead of the Wall Street Journal Magazine’s 2022 Innovator Awards, where she made an appearance later in the evening.

The Rhode Beauty founder has had a busy week after celebrating Halloween alongside husband Justin Bieber. The two stepped out in costume for multiple nights, including on Oct. 29. Hailey recreated a look from her go-to designer Yves Saint Laurent’s 1999 show, which consisted of a flower bouquet inspired crop top and matching bottoms originally worn by model Laetitia Casta. Justin was by her side in a goth inspired look that included a studded leather jacket and choker. 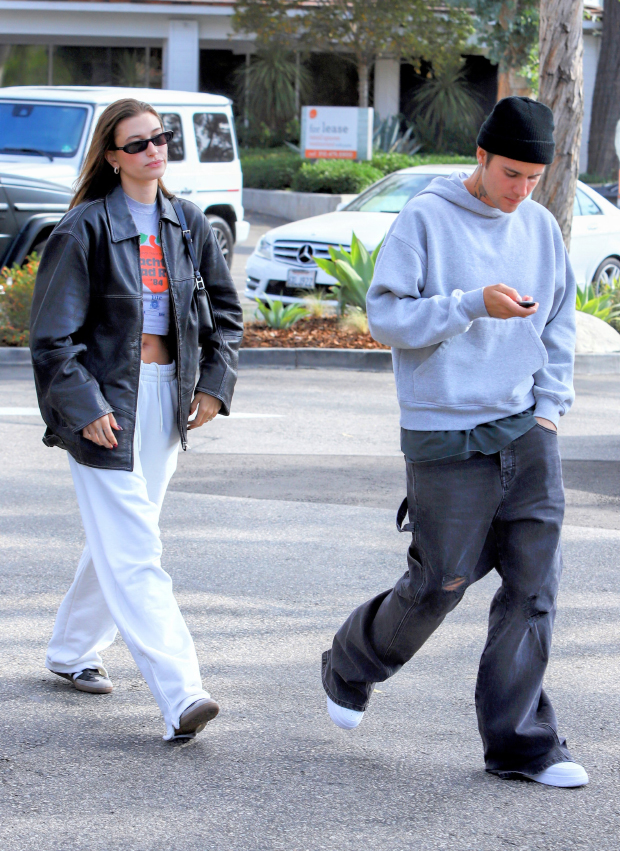 On Oct. 30, the couple were seen out again with Hailey this time going as a “Versace Vampire“! She arrived at The Peppermint Club in the ’90s inspired look, which is reminiscent of the one made famous by Cindy Crawford. Of course, she also had in fangs and some fake blood dripping down her face to remind us all that it is Halloween, after all. Meanwhile, Justin did a total 180 from the previous evening, going dressed as childhood icon the Cookie Monster from Sesame Street.

Hailey’s latest appearance in New York is among a slew of interviews and recent red carpets as she promotes her recently launched skincare brand, Rhode Beauty. The line has already proven to be a hit on social media, with the Peptide Lip Treatment completely selling out. The “glazing fluid” — a node to her “glazed donut” skincare phrase during COVID — has also been applauded by skincare lovers on the internet. The first drop of the brand also included the Barrier Restore Cream