Khloe Kardashian posted the following statement on her Instagram Story on October 23: “I support my Jewish friends and the Jewish people.” Her sister, Kendall Jenner, posted the same message on her own Story on Oct. 24, as well. The statement has gone viral on social media in recent days after a group of demonstrators hung signs with antisemitic messages over a Los Angeles freeway on Oct. 22. The demonstrators made it clear that they were inspired by Kanye West, who recently made antisemitic comments of his own and has since defended them. One of the signs that hung on the 405 read: “Kanye was right about the Jews.”

Although Khloe did not condemn Kanye specifically, her message of support speaks volumes against her sister, Kim Kardashian’s, ex-husband. Khloe also recently publicly called Kanye out for creating a false narrative about Kim in the media. Since January, Kanye has claimed that Kim purposely kept him from their daughter, Chicago West’s, fourth birthday party, and he continued to spread that story in an Oct. 5 social media post. The comments came after he made headlines for wearing a White Lives Matter shirt at Paris Fashion Week.

“Ye, I love you, I don’t want to do this on social media, but YOU keep bringing it here,” she clapped back. “You are the father of my nieces and nephews and I’m trying to be respectful but please STOP tearing Kimberly down and using our family when you want to deflect. Again with the birthday narrative. Enough already. We all know the truth and in my opinion, everyone’s tired of it.” 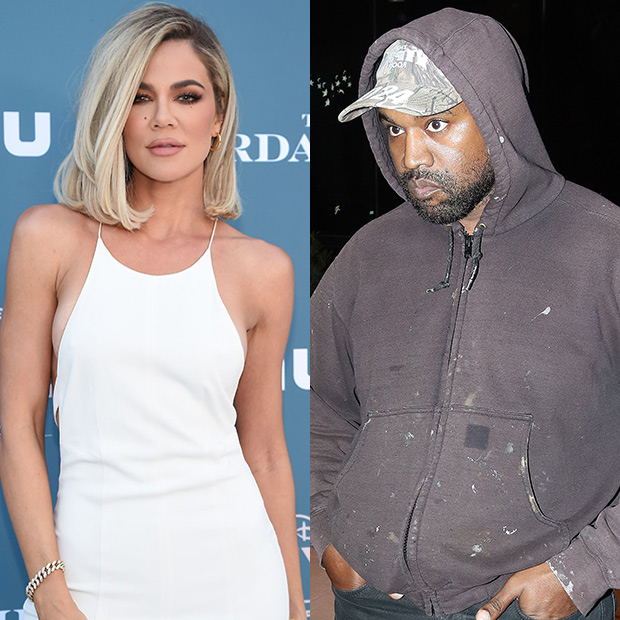 Kanye was removed from Twitter and Instagram after he made his antisemitic comments on social media earlier this month. He has also been dropped from his partnership with Balenciaga. Now, the public is calling for Adidas to also drop Kanye, but the brand has yet to publicly comment. In his problematic tweets, Kanye wrote that he wanted to go “death con 3 on Jewish people,” and wrote, “You guys have toyed with me and tried to black ball anyone who opposes your agenda.” He was slammed for trying to defend the tweets, as he told Piers Morgan in an interview that he posted them knowing that they were racits. “I fought fire with fire,” Kanye claimed.

Kim has yet to publicly comment on Kanye’s horrific behavior. However, the two are clearly still figuring out a way to co-parent, as the rapper has been seen with his kids throughout the last week.