Real Housewives of Beverly Hills super fan Jennifer Lawrence didn’t hold back when it came to her thoughts about star Erika Jayne‘s dramatic year (along with some advice). The actress, 32, admitted that this was “not a great season” during an interview with Variety at the Toronto International Film Festival on Sept. 11 — explaining what her biggest issues with the Bravo series were.

“That it’s just been boring — and I think that Erika is evil? I would go as far as to say she needs a publicist like ASAP,” Jennifer shared in the video interview alongside her Causeway on AppleTV+ co-star Tyree Henry, who also watches the series. Of course, Erika has had her fair share of drama on the show due to ongoing legal battles in her personal life pertaining to a fraud lawsuit and subsequent divorce filing from Tom Girardi.

The couple were accused of embezzling $2 million in settlement money from plane crash victims in 2020. Erika has maintained her innocence, and had complaints against her dropped in 2021. During season 11, many of the other women on the series didn’t appear to believe Erika’s side of the story that she was unaware of what had gone on — leading to continuing drama in the most recent episodes. The Georgia native’s battle with alcohol was in particular key storyline this year, which Lisa Rinna brought up to her close friend. 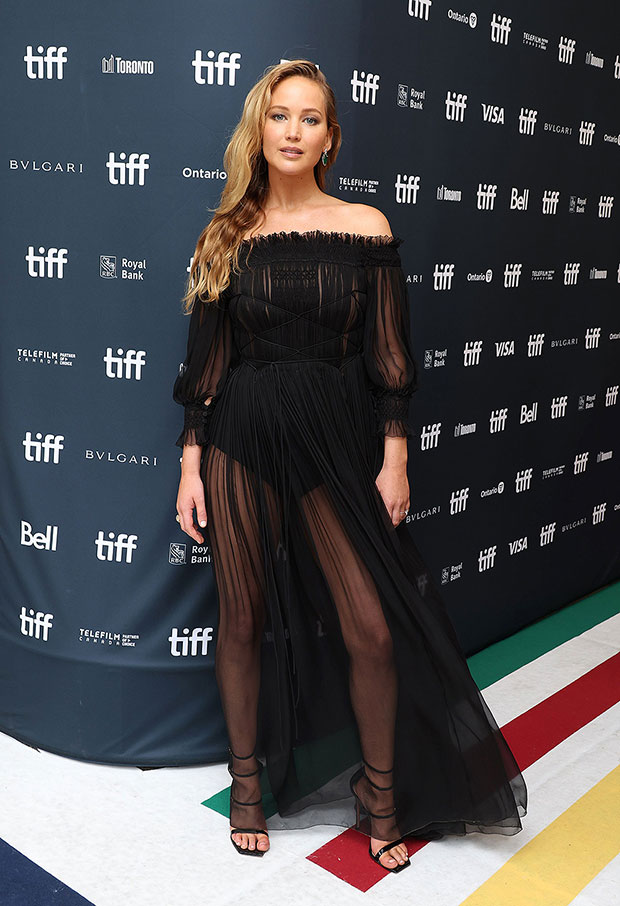 Jennifer also shouted out the Days of Our Lives icon for trying to “look out” for her pal Erika. “And Lisa Rinna tried to look out for her and she didn’t try to do the Dorinda [Medley] thing — remember when Dorinda was in Colombia?” J.Law went on as her other co-stars — evidently not Real Housewives viewers, with the excepetion of Tyree — laughed. “And Dorinda is like f—— joker makeup and Carole Radziwell was talking to her and leaving her out there!” she went on, referencing similar drama on Real Housewives of New York. Tyree hilariously made it clear, however, that he didn’t want “Dorinda or Carole coming for me.”

The Oscar winner — who’s also a known fan of Keeping Up With The Kardashians (and likely now The Kardashians on Hulu) — shared she thinks both Sutton Stracke and Kathy Hilton need to stay on board. “Love Kathy,” Jennifer shared enthusiastically as her castmates laughed.